"In 2012, many companies began to rethink conventional ways of doing business when they realized big data analytics could deliver results almost instantaneously," said SAS CEO Jim Goodnight. "When high-performance analytics can solve the world's toughest business problems thousands of times faster, there's no limit to what organizations can achieve."

SAS' 2012 predictive analytics offerings have momentum across industries and customer segments. SAS® Visual Analytics, particularly well received and lauded by analysts in July, August and earlier this month, is a new way to explore large amounts of data in an instant.

2012 was also a banner year for workplace culture recognition. Great Place to Work® named SAS No. 1 on its World's Best Multinational Workplaces list, capping a year in which SAS Belgium and SAS Sweden were also No. 1 on their countries' Best Companies to Work For lists. SAS, which has been ranked as one of Fortune's Best Companies to Work For in the US every year since the list's 1998 inception, was a top workplace in 17 other countries. 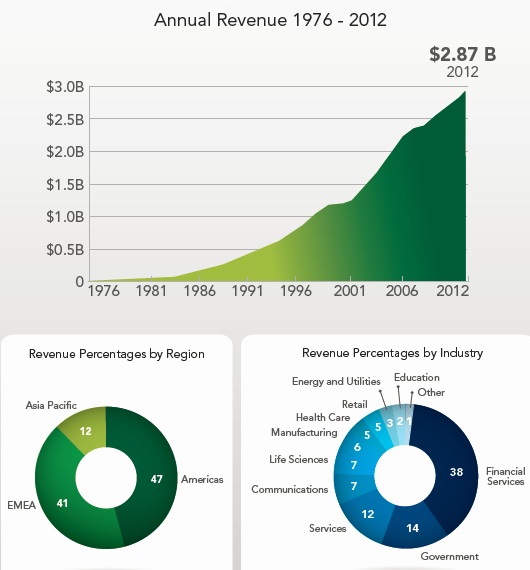