Ahead of 85 Academy awards, two studies have already picked the winners, including Argo for Best picture and Daniel-Day Lewis for Best Actor. 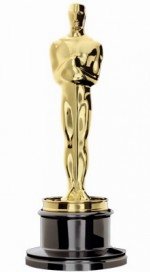 Ten days before Hollywood hands out its Oscar statuettes, a pair of studies - one by Microsoft's in-house "Nate Silver," and another measuring social influence - have already picked the winners.

Microsoft Research's David Rothschild, who, like Silver, used early polls to correctly predict the outcome of the presidential elections in all but Florida, has used the predictive nature of the early awards shows to place his bets on who will be winning the various Academy Awards.

Meanwhile, an English analyst firm, Brandwatch, has attempted to slice social media data in a couple of new ways (by both critical reaction and popular acclaim) to anticipate the winners.

The predicted winners are

The remaining categories, including best makeup, screenplay, documentary shorts, and others, can be found on the respective sites: Predictwise for Rothschild's predictions, and the Brandwatch Oscars site.