Facebook likes can be used to accurately predict race, religion, politicals, sexuality and intelligence. Fans of curly fries and The Colbert report tend to be highly intelligent while those who like Harley Davison or Lady Antebellum not quite so.

According to Cambridge University researchers, your Facebook likes may divulge more about you than you realize.

But can liking a friend's post or a favorite brand really reveal your religion, political leanings, race, intelligence and sexual preferences?

According to the Cambridge researchers: Yes. 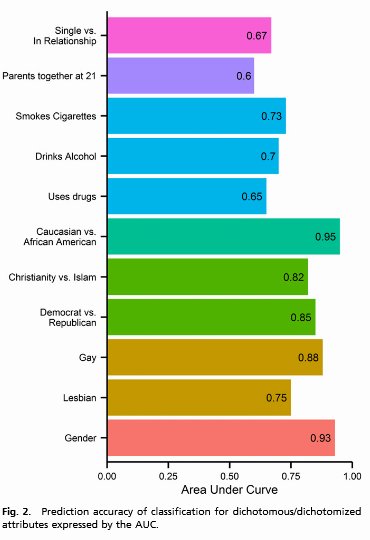 The study
, released this week, proves Facebook likes can be used to dig up private information about almost any regular Facebook user.

Using an algorithm, researchers analyzed the data from more than 58,000 U.S. Facebook users, who volunteered their likes, demographic profiles and personality tests.

The algorithms even enabled the researchers to identify smokers, drinkers and drug users with surprising accuracy - 73, 70 and 65 percent respectively.