The April 1 KDnuggets post on Data Scientist Hat has generated a lot of comments - here are the selected ones.

It seems that Data Scientists can wear many different hats! 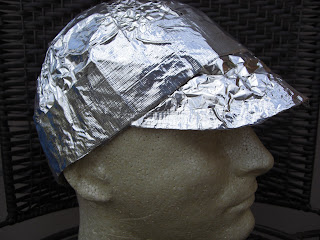 I hope it will help protect data scientists from Evil Radiation, Hype and Overfitting!

Vincent Granville: These hats are supposed to protect you or others from something:

Gregory Piatetsky-Shapiro: Great idea ! We need a data scientist hat that will protect from Hype and Overfitting !

Jilana Rose-Silverberg: Does this mean you suggest a tinfoil hat as the data scientist hallmark?

Gregory Piatetsky-Shapiro: Tinfoil hat, not sure - but a good data scientist hat should protect from Hype and Overfitting :)

Bill Galen: I would suggest a Sam Spade fedora, but that's already been taken.

Andrew Troemner: This reminds me when I was in grad school for Economics, and one of my old high school teachers swore he would buy me the most atrocious-looking bowtie.

If neckwear is on the table, may I recommend and ascot? Not because it's particularly appropriate but just because I want to be classy while I'm pouring over Python scripts.

Mike O'Neil: I suggest modelling this with target being value generated over a period with a bunch of hat type variables as inputs. I think there should also be a no-hat variable, and an ordinal scruffiness variable, and a hair-length variable. I doubt the hat-type variables would be significant, but on visual evidence alone no-hat would be significant.

Barbara Lauridsen: How about a data wizard's hat style? A historical version is a tall dunce with stars design. A modern variation could be a floppy hat with huvering holigrams of tiny dynamic dashboard images. What do ya'll think?

Pradyumna Upadrashta: ...they should wear a y-hat

Marc de Vries: I would suggest a standard deviation from a normal distributed hat: a SUMbrero 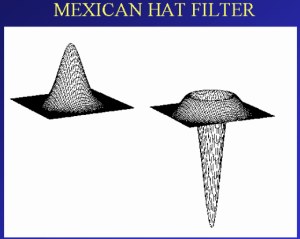 Pradyumna Upadrashta: ... it's fairly clear we need to be wearing multiple hats ;-)

Christine Rudolph : What about a hat made by the "Mad Hatter" ?

Think this decorated with Google glasses, a data glove, a mobile phone, RFID and labs-on-a-chip to be read with small hand-held devices like this: