Webcast/Debate: Should Data Science Become a Profession and Self-regulate? 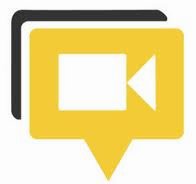 Webcast/Google Hangout:
Should Data Science Become a Profession and Self-regulate?

Join Gregory Piatetsky-Shapiro (KDnuggets), Eric Siegel (Predictive Analytics World) and Michael Walker (Rose Business Technologies) for a spirited discussion on data science as an independent profession with a code of conduct and self-regulation. Held on Google Hangout for interactive questions.

Most professions are regulated. In other professions the act of joining the profession is accompanied by a rite of passage, such as taking a pledge, symbolizing the entry of the initiate into a position of responsibility.

ACM, the leading organization of computing professionals, is considering The Pledge of the Computing Professional, which touches upon many themes relevant to Data Science. INFORMS has started Analytics Certification programs, which is voluntary.

Michael argues that either data science becomes a profession and regulates itself or congress will impose draconian regulations that defeat the purpose of data science: to make life, business and government better. He has drafted a proposed "Data Science Code of Professional Conduct". See: bit.ly/YbsjXR. Also read Big Data Is Opening Doors, but Maybe Too Many and Why the collision of big data and privacy will require a new realpolitik.

On the other hand, a recent KDnuggets Poll (March 2013) had a majority of data scientists against a pledge.

Gregory Piatetsky-Shapiro, @kdnuggets, is the Editor of KDnuggets, a leading site on Analytics, Big Data, Data Mining, and Data Science. He is also a well-known consultant in Analytics and Data Mining. Gregory is a co-founder of KDD (Knowledge Discovery and Data mining conferences) and SIGKDD association for Knowledge Discovery and Data Mining. He served as SIGKDD Chair 2005-2009. He previously led data mining and consulting groups at GTE Labs and 2 start-ups.