The challenge is a large-scale effort that will use multi-disciplinary collaborations and partnerships with other government agencies, international partners, industry, academia, and citizen scientists. 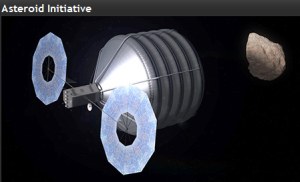 NASA announced a Grand Challenge focused on finding all asteroid threatsto human populations and knowing what to do about them.

The challenge, which was announced at an asteroid initiative industry and partner day at NASA Headquarters in Washington, is a large-scale effort that will use multi-disciplinary collaborations and a variety of partnerships with other government agencies, international partners, industry, academia, and citizen scientists. It complements NASA's recently announced mission to redirect an asteroid and send humans to study it.

"NASA already is working to find asteroids that might be a threat to our planet, and while we have found 95 percent of the large asteroids near the Earth's orbit, we need to find all those that might be a threat to Earth," said NASA Deputy Administrator Lori Garver. "This Grand Challenge is focused on detecting and characterizing asteroids and learning how to deal with potential threats. We will also harness public engagement, open innovation and citizen science to help solve this global problem."

NASA also released a request for information (RFI) that invites industry and potential partners to offer ideas on accomplishing NASA's goal to locate, redirect, and explore an asteroid, as well as find and plan for asteroid threats. The RFI is open for 30 days, and responses will be used to help develop public engagement opportunities and a September industry workshop.

For more information about NASA's asteroid initiative, including presentations from Tuesday's event and a link to the new RFI, visit: