Big Data Or Bad Data, an initiative by the Senseable City Lab at the MIT, Nov 15

BIG DATA OR BAD DATA, an initiative by the Senseable City Lab at the MIT, will kick off with a panel between Noam Chomsky, Barton Gellman, Pulitzer-prize winning journalist and publisher of Edward Snowden leaks in the Washington Post, and possibly a special speaker connected via remote link. 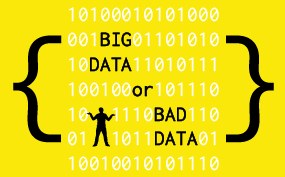 BIG DATA OR BAD DATA, an initiative by the Senseable City Lab at the MIT, will kick off on 15 November 2013 with a panel between Noam Chomsky, professor and activist, Barton Gellman, Pulitzer-prize winning journalist and publisher of Edward Snowden's leaks in the Washington Post, and possibly a special speaker connected via remote link. The discussion will continue in an open, self-organizing way, involving thought leaders form academia, industry, government and privacy rights groups.

Is Big Data turning into Bad Data? In the wake of this year's Snowden affaire, it has become clear that the ability to collect digital information on a massive scale has transformed from a tool of potential liberation - the fuel that drives Open Data initiatives in cities and states across the world - into an instrument of abuse, surveillance and asymmetrical control. As in Italo Calvino's prescient 1960s short story "The Memory of the World," humanity's act of infinite auto-transcription inevitably becomes intrigue, drama, and - in fiction, at least - murder.

Yet Big Data still hold many promises, not only for the private but also for the public good. In cities, Big Data is making a tremendous impact across a broad spectrum: it is helping to run mobility infrastructure more efficiently, reducing pollution, and showing the vast patterns of humanity... Big Data echoes from energy to waste management, from street maintenance to air quality. It is a silent infrastructure that can promote new forms of civil engagement - as Boston's New Urban Mechanics initiative is proving every day with concrete action.

What is urgently needed is a new way to frame the relationship between individuals and Big Data, to move beyond today's pseudo-feudal system of trading personal information for a service - as the user of Gmail does by granting Google the right to read and "mine" her emails. Could a more transparent and flexible "data contract" - one that brings together individuals, companies and government around a set of shared principles - finally turn Big Data into Good Data?

For more information, and to register, visit