NYU, UC Berkeley and U. of Washington launch a 5-year, $37.8M cross-institutional effort, which aims to improve interactions between researchers in specific subjects and computational experts, develop an ecosystem of analytical tools and research practices, and establish data-centric career paths. 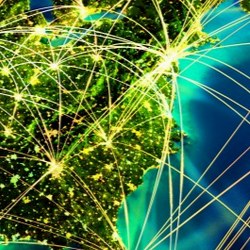 Nov 12, 2013. Washington, D.C. - A new multi-million dollar collaboration will enable university researchers to harness the full potential of the data-rich world that characterizes all fields of science and discovery. This ambitious partnership, which includes New York University, the U. of California, Berkeley and the University of Washington, with support from the Gordon and Betty Moore Foundation and Alfred P. Sloan Foundation.

The new 5-year, $37.8 million initiative was announced at a meeting sponsored by the White House Office of Science and Technology Policy (OSTP) focused on developing innovative partnerships to advance technologies that support advanced data management and data analytic techniques.

While data science is already contributing to scientific discovery, substantial systemic challenges need to be overcome to maximize its impact on academic research.

To overcome these challenges, this effort seeks to achieve three core goals:

The initiative will tap leading researchers at their respective institutions - and some of the best minds in science and academia. Faculty leads include: