Predictive Analytics and Game theory can help answer questions like Can Dhoom 3 or Don 3 be as successful as Mother India, or which actor should have the main role for movie to be successful. 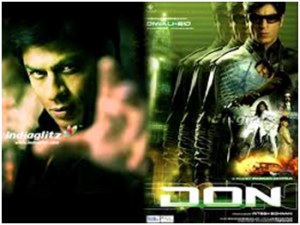 - Can Dhoom 3 or Don 3 be as successful as Sholey or Mother India?
- Which actor should act in which movie for movie to be successful?
- Can we understand twitter fights between Priyanka Chopra and Kareena Kapoor quantitatively and what effect it has on advertisement world?
- Could we have predicted that Shahrukh Khan would be as bigger star as Amitabh Bacchhan?
- Can we predict successful launch of Fox studios in India?

All these questions have one answer: Predictive Analytics and Game theory. Film markets are inefficient and incomplete. Previous investors have often failed to negotiate contractual structures which mitigated the risks stemming from asymmetric information and moral hazard incentives which exist between investors and film makers. Movie projects going through the development process are highly opaque - both in terms of the costs incurred and the balance between artistic and commercial decisions. Building a social buzz around Don 3 and quantifying it has always been challenging.

Can we build a neural network and capture as much viewer's/ visitor's data from YouTube, Twitter, Facebook to predict the success of the movie? Yes we can! Using software such as UberVU and Radian 6 we can extract the social media data onto R or SAS or SPSS and perform the analysis.

The data we need to capture from YouTube.com is as follows:

There are 4 major segments of viewers:

We get maximum data of the people who watch the movie online through youtube or Netflix and Who watch it in theatre. There are User reviews and expert comments on Rediff, Yahoo, NDTV, India TV etc.. We can run sentiment analysis on this data to come up with algorithm which not only will predict whether movie will be hit or flop but also collections of the movie. We can use ARIMA (Box Jenkins) model to forecast the collections of the movie. Can we use Wikipedia visits of the people to understand the visitor behavior before the movie is released? Yes. The data should include:

It's all about identifying patterns in past data, melding them with current data points that are readily available, and then taking action to improve business performance. In the future, movie/film studios will find it a rarity to see their films labeled a "Hit" or "Flop" on their quarterly sheet. Instead they'll have constructed the optimal "movie formula," a predictive model leveraging an array of analytics tools (and not solely social analytics tools) to predict revenue accurately and consistently. By planning releases in a more systemic way, predictive analytics will be considered just as important as the producer, director, and actor who make a film a blockbuster.