FICO (NYSE:FICO), a leading predictive analytics and decision management software company, today released an infographic showing how 20+ years of analytics innovations have protected consumers from payments fraud. The infographic tracks the evolution of real-time fraud monitoring for payment cards from its inception in 1992 through today. During that time, for example, payment fraud as a percentage of all credit card transactions in the U.S. has dropped by more than 70 percent. 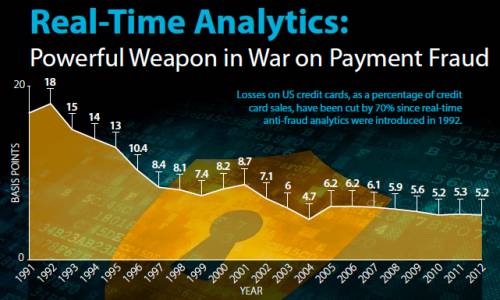 FICO infographic highlights the most significant innovations in anti-fraud analytics for card payments, and offers interesting facts about payment fraud in major countries, including France, India, Russia and the UK. The innovations discussed are used in FICO® Falcon® Fraud Manager, which protects 2.5+ billion payment cards worldwide.

The payment fraud infographic can be viewed and downloaded at www.fico.com/fraudanalytics.