Highlights from the presentations by opinion mining experts from Fujitsu, FindiLike and Stanford University on Day 2 of Sentiment Analysis Innovation Summit 2014 in San Francisco. 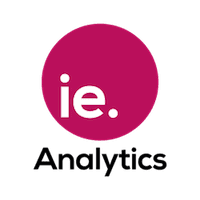 Sentiment Analysis Innovation Summit 2014 (May 1-2, 2014) held in San Francisco, CA was organized by the Innovation Enterprise. The summit brought together experts from industry and academia for two days of insightful presentations, discussions, panels and networking. It covered a wide range of topics related to sentiment analysis such as making sense of consumer sentiment, extracting sentiment using NLP, sentiment monitoring, sentiment analysis with Machine Learning & Solr, etc.

I had a great time at the summit and would like to share the key points from selected talks. This KDnuggets-style summary is a quick and convenient way to revisit the quality content and key takeaways from the selected presentations at the summit. In case you are particularly interested in any of these talks, keep checking KDnuggets as we plan to soon publish exclusive interviews with some of these speakers.

Highlights from selected talks on day 1

Here are highlights from selected talks on day 2 (Fri, May 2):

Dave Marvit, Vice President, Strategy at Fujitsu Labs of America delivered the very first talk on second day titled “Tracking the Unstated: Beyond Sentiment Analysis”. He claimed that by 2020 the definition of sentiment analysis would modify

(modifications in bold) to “Sentiment analysis (also known as opinion mining or affect extraction) refers to the use of a variety of technologies to identify and extract subjective information from people and the source materials they create”. As the content generation and distribution has become tremendously easier over the last few years (thanks to social media, lowering price of hardware and intuitive software) there is a need for ubiquitous continuous sensing to track sentiments. As sensors are moving towards becoming small computers and cheaper day by day, soon they will be all around us, on us and even in us. Many of these sensors are even connected to Internet.

Giving a quick overview of stress tracking in message, he mentioned that it is possible to monitor stress in real time. Demonstrating an experiment in which a person is tracked through GPS and his stress monitored real-time simultaneously, the person was found stressed for 1st half of the drive when driving to home and stressed entire drive when driving to work. The sensors are not just getting smaller but also cheaper, more mobile and their continuous use creates entirely new capabilities. He concluded by stating “Sentiment analysis will go way beyond NLP and will contribute to the vision of a Human Centric Intelligent Society”

Kavita Ganesan, Founder, FindiLike talked about “Enabling Opinion-Driven Decision Making”. She initiated the talk by describing the abundance of unstructured

opinions over the web which are rarely used to help make better and faster decisions. Even in a simple use case such as when one is looking for reviews of hotels with some specific facility (eg: Pool & Spa) and features (eg: Clean, Safe), one would get hundreds of reviews for different hotels on hotel booking websites and there are a number of such websites.

Users have to go through the highly tedious process of manually performing their own data mining (mostly just mentally, without using any tools) and make decision based on their unclear, incomplete understanding of the universe of past reviews. This unpleasant process hurts not just the users but also the companies running such booking sites, as users move to other websites or other means of getting third-party reviews (and making the purchase thereafter) which are better understandable. This creates a serious need to use available opinions in more intelligent & efficient way to enable decision-making.

Although there is a lot of research being done and methods being developed to leverage opinions for decision, most of them are still not used by the industry. She then explained these opinion-driven decision making tools: Opinion-Driven Search (help user find entities), Opinion Summarization (help users understand underlying opinions) and Opinion Trend Visualization (help users understand change in opinion). Opinion driven applications improve user productivity, help user retention and increase conversion rates. 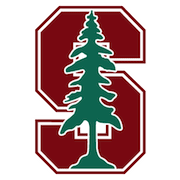 for text and sentiment classification: etcml.com. Giving examples, he explained various cool features of etcML and how things work at back-end of a very simplistic user interface. He then started introducing more sophisticated models based on recursive deep learning which he believes will eventually supersede the currently used algorithms due to improved performance. He explained recursive deep learning as next-generation sentiment analysis tool, in which each word and phrase is represented as a vector. The discussed model helped to boost accuracy. Using the recursive neural networks model one can look at more fine-grained accuracy.