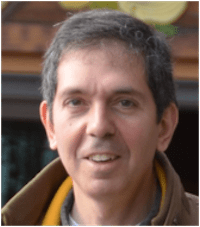 Dave Marvit is Innovation Strategy Consultant for Fujitsu Laboratories of America. There he has led projects ranging from digital negotiation systems to sensor-based healthcare, from automated ontology generation to novel interface methodologies.

Dave has worked as a writer and producer with WGBH’s Nova Science Team, served as a Mellon Visiting Professor at Caltech, and been involved with many Silicon Valley Startups. This includes his role as a founder, VP Production, and lead creative at Worlds Inc., and founder and VP Marketing at Disappearing Inc.

Dave is a Fellow of the Internet Archive. He was selected as one of Time Magazine’s 2001 “Digital Dozen” – one of the 12 most influential people in the digital world. He has over 70 patents granted and pending.

Dave Marvit: I don’t want to get too hung up on semantics here. The key idea is that currently people think of – yes, even define – sentiment analysis in terms of the technologies underlying it. And these technologies are Natural Language Processing (NLP) and Computational Linguistics. (Take a look at the Wikipedia entry and you will see what I mean.) 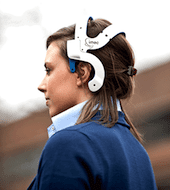 But technologies change – quickly these days.

In my view we need to define sentiment analysis in terms of the goals, not the technologies. The deeper goal is to understand what people are thinking and feeling across a population or population segment.

This can be derived in a variety of ways from a variety of data streams. What someone might call ‘Modern Sentiment Analysis’ will simply involve a much broader array of technologies for figuring that out.

I propose that some of these other technologies may include bio-monitoring systems. Current heart monitors provide data that enable tracking psychological stress levels reasonably well. There are even several headsets coming on the market that claim to track a variety of brain states – including attention, focus, engagement, interest, excitement, affinity, and relaxation. As these devices get smaller and cheaper they will find an audience. In combination with other sensors (like GPS or eye tracking) brain states can be contextualized. This will provide fertile ground for tracking subjective states in entirely new ways – and go way beyond just processing blogs, product reviews, and tweets.

AR: Q2. What does Fujitsu's vision of the "Human Centric Intelligent Society" mean? What role does Data Science play in that vision?

DM: To me it is a statement about priorities. We should be putting the people first – using technology in service to people and to the society that they are a part of. At one level the shift is subtle. At another level it can completely change your perspective. For example, instead of thinking of sentiment analysis in terms of a technology such as document analysis, I prefer to think of it in terms of understanding people’s subjective states. It sounds simple enough, but it opens up lots of possibilities for innovation. It gets us out of the box of technique and enables us to ask the important questions – questions about making people’s lives better. 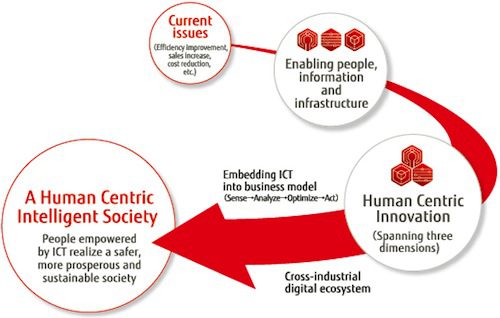 Data science is fundamental to building a human centric intelligent society. It is how we will understand not only ourselves and each other, but also the relationships that exist between entities. Without that understanding we have no hope of long-term survival let alone collective prosperity.

AR: Q3. Though many cheap, small, and mobile sensors exist today for personal use, the mainstream adoption is yet to be seen. When do you expect that to happen? What will be the primary drivers of mainstream adoption? Will it be personal healthcare or consumer intelligence research or other factors? 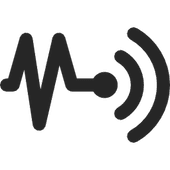 DM: Although the majority of people don’t think of themselves as being ‘instrumented’ with sensors, anyone with a smartphone already is. These devices are loaded with very sophisticated sensors – accelerometers, magnetometers, GPS sensors, multiple cameras, and, of course microphones. If you broaden the definition of ‘sensor’ a bit to include systems with the capability to track usage patterns (of email, texts, telephony, web browsing and other apps) we are both heavily and intimately instrumented. So, in a way, sensors have already achieved mainstream adoption with smart phones as the vehicle.

The reason people don’t see this clearly is because they have a preconception of what it means for people to adopt mobile sensors – and they see it primarily as health and wellness monitoring. Even though lots of mobile sensing is already going on it is somehow invisible.

That said, I do think the monitoring for health and wellness will take hold. I often argue that you wouldn’t drive a car without instrumentation (fuel gauges, speedometer, engine lights etc.) Once the technology is there people will feel the same way about instrumenting their own bodies. It’s just a question of the cost benefit ratio – with cost including money, but also the hassle involved. The benefits include everything from better health and lower insurance rates to public demonstration of social responsibility, community membership, and even identity construction.

All of this will require smaller / better / cheaper sensors to drop the various costs and richer analytics and services to increase the benefits. Both are happening rapidly.

AR: Q4. Besides improving healthcare, what other opportunities do you see in the Big Data generated by ubiquitous continuous sensing?

DM: Improving the efficiency of existing systems is probably where we will see the opportunities first. Smoother traffic flows as cars communicate, more efficient electric grid utilization as appliances and homes share data, less waste as raw materials move through supply chains, and so on. These applications don’t require a paradigm shift on the part of customers. It just lets them do what they are already doing with greater efficiency and lower cost. Hence adoption is likely to be quick.

The bigger and more disruptive opportunities are harder to predict – since they aren’t simple extrapolations of what is already going on. While I’m not sure what form they will take, I do believe that connecting big data and ubiquitous sensing to the dynamics of our social networks will be very important. This is where the combination of technologies will start to redefine the limits of the possible – and hence how we think about what it means to be human.

Second and last part of the interview: Dave on Privacy and other Sentiment Analysis challenges