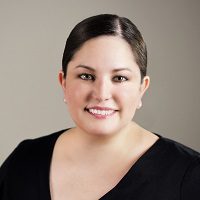 Amy Gaskins is an Assistant Vice President in MetLife’s Global Technology & Operations. She currently serves as the principal subject matter expert for data analysis and business intelligence. As a member of the SWAT Team, MetLife’s internal IT consultancy, she explores data science applications for emerging technologies across multiple lines of business worldwide. Prior to joining MetLife, Amy was a senior intelligence analyst supporting various agencies within the United States Intelligence Community and Department of Defense.

Here is the second and last part of my interview with her:

Anmol Rajpurohit: Q4. What was the inspiration behind launching Synapse for hiring at MetLife? How does it improve the recruitment process? 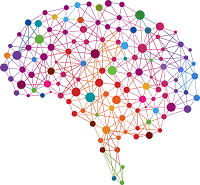 Amy Gaskins: The Synapse website was built because of a strong need to recruit the best technologists. Our application system wasn't much different from other companies and we wanted to change that.

Really good candidates don’t want to create another account, upload their resume and other information into a system, and then wait forever to be called.

On our side, resumes don’t give us a good idea of a candidate’s skills, especially for developers. Even if a candidate’s resume says that they’re an expert Java developer, how do we really know? We wouldn't be able tell from their resume unless it was actually written in code, so why not give them a place to do that? And thus, Synapse was born. The condensed application process allows candidates to show off their coding skills and lets us reduce wait time by quickly validating their entries. Synapse creates a user-friendly experience on both sides, which is what we’re all about.

AR: Q5. Which of the current trends in the field of Data Science are of the most interest to you?

AG: Data science as a field is maturing, so it’s great to see some consensus around the idea that there can be multiple types of data scientists. 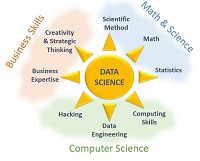 When data science first emerged, it was so focused on the technical; if you couldn't code, there wasn't a place for you. That wasn't necessarily bad, per se, but it was definitely limiting and probably ended up excluding people who were really great strategic thinkers or pattern recognizers. I also think that’s why so many companies see disappointing returns on their data science investments. I've recently seen a few companies switch to multi-functional data science teams, so it looks like we’re finally rounding that curve. It’s amazing to me that an insurer could beat a lot of tech firms to this team formulation strategy, but we did it.

AR: Q6. What is the best advice you have gotten in your career?

AG: The best advice that I've gotten is something people hear me say a lot: Stop caring so much about what other people think. It can come across as harsh, but the real message is that people tend to be pretty self-absorbed and they’re too busy being concerned with themselves to think about you.

the reactions of every possible stakeholder because they’re worried about upsetting someone. I try to remind them that no matter what decision they make, not everyone is going to like it
and that’s okay.


Plus, most people are going to forget a “catastrophic” presentation, email, whatever, well before you do, so stop beating yourself up about it and move on. Adopting that mindset builds resilience and courage.

AR: Q7. What soft skills do you think are the most important for practitioners in the field of Data Science?

AG: There are two big ones. The first is empathy. This is where so many data science teams fail to deliver and end up frustrating the business. It’s impossible to help your business customer if you can’t understand a problem from their point of view.

The other one is humility. I've met quite a few data scientists who come across as know-it-alls. The worst part is that they probably don’t realize it (and if they do, they’re in the wrong job). The best ones understand that no matter how smart they are, they still have a lot to learn. It turns them into mental sponges who are open to the idea of getting outside the safety of the tech bubble. As a result, their worldviews expand and they start thinking about problems in different ways.

AR: Q8. What book (or article) did you read recently and would strongly recommend?

AG: I’m a huge fan of Adam Grant’s Give and Take: A Revolutionary Approach to Success. We tend to think people who give a lot of themselves aren't successful, but Grant’s research shows that isn't true…to a point. It turns out that the most and least successful people are both classified as givers, but how and why they give are critical determinants for who succeeds and who becomes a doormat. It’s a great read for people who are natural givers, but also for those who aren't.

I’d be remiss if I didn't also mention Simon Sinek's Leaders Eat Last. It should be required reading for people managers (or for those aspiring to be one).