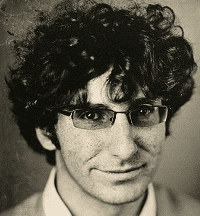 Earlier, he designed Flapjax, the first functional reactive language for highly concurrent web software (OOPSLA best paper). His research was supported by the first Qualcomm Innovation Fellowship (winner among 50 Ph.D. teams at Berkeley and Stanford), the NSF GRFP, and grants from Samsung, Nokia, Microsoft, NVIDIA, Intel, and others. 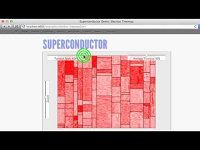 Leo Meyerovich: Superconductor is our language from UC Berkeley for visualizing big data sets that runs in the browser.

The problem is that software is moving to the web, but it’s hard to scale interactive JavaScript visualizations beyond a few thousand data points. We needed a browser-friendly way that easily handle magnitudes more data.

You load it in as just another JavaScript library, write layouts in its CSS-like language, and script interactions with normal JavaScript.  Underneath, Superconductor takes care of generating high-performance code that leverages multicore and GPU hardware.

AR: Q2. What are the key aspects of Superconductor architecture that give it such unique capabilities?

LM: Superconductor makes several architectural leaps over JavaScript libraries like D3 and what browsers try to do natively:

AR: Q3. What are the best use cases of Superconductor that you have seen so far? What other kind of business problems will find great value in Superconductor?

LM: At Graphistry, we are building tools for exploring time series and graph data. Our initial focus is monitoring and analyzing data from hardware sensors and software services.

One of my favorite early experiments was for exploring election fraud. A tree map showed 100,000+ polling stations

and sliders let you filter on demographics like voter turnout, which is a key fraud indicator. We knew there was suspicious activity, but this revealed where in the pipeline. We’ve had a lot of excitement for opportunities in genetics (especially heatmaps and circos plots) and finance (more fraud heatmaps, large correlation matrices, and  a lot of time series).

LM: The WebCL+WebGL backend is already available under the permissive BSD3 open source license. We want to release the web workers + WebGL backend later this year. The technology is important enough that we’re started Graphistry as a company to support and accelerate even more aggressive next steps.

AR: Q5. How and when did you get inspired to launch Graphistry.com? What are the next plans?

LM: We’ve been working in this space at Berkeley for 6 years, 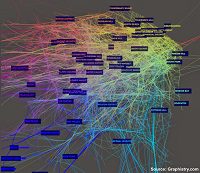 and started Graphistry, Inc.  a few months ago to support making some even bigger leaps. I can’t say much, but Superconductor is going to the cloud. The result is more flexibility, running even on tiny devices, and scaling beyond today’s already impressive ~1 million data points to 10-100 million.

I invite people needing help with their graph and time series data to join our private beta. This year’s focus is on enabling internal dashboard users to get significantly better visibility. Year-end, we will tackle web-scale public deployments.

AR: Q6. What current trends in the Data Visualization space are of the most interest to you?

LM: Visual analytics is scaling from tiny charts to deep exploration. With Superconductor, we’ve made leaps in getting the raw performance

needed for that. However, as part of our work at Graphistry, a full solution requires scaling the visual and interactive design. We see a lot of eye candy that plots big data sets directly on to maps, but in practice, that mostly gives a population heatmap. In contrast, smarter designs like force-directed layouts would reveal clusters, and putting graph mining algorithms at the fingertips of users enables exploring even more nuanced relationships.

AR: Q7. What motivated you to work on Visualization problems? What is the best advice you have got in your career?

LM: I switched from designing interactive media to building programming languages as a way to take the pain out of going from idea to code. I repeatedly hit that same roadblock as a scientist exploring quantitative data using Python, R, and Excel. When we realized that my Ph.D. work on parallelizing web browsers could be applied to scaling data exploration, I leapt at the chance.

The transcript of You and Your Research
by mathematician

and computer science pioneer Richard Hamming is spot on. He advises picking the most interesting problem that you can. The trick is that, to be interesting, a problem has to be both important to society and tractable for yourself. To succeed, surround yourself with amazing people whom you will learn from and
collaborate with. The transcript is worth reading.

AR: Q8. What advice would you give to data science students and researchers who are just starting to work in this area?

LM: Collaborate with industrial teams already doing it on real data sets, at true scale, and with big goals in mind. For data visualization in particular, stay up to date with people pushing the field like Jeff Heer and Carlos Scheidegger.

AR: Q9. What was the last book that you read and liked? What do you like to do when you are not working? 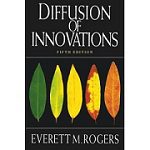 LM: Not the last book, but definitely the one I’d recommend for anyone building high-impact technologies: Diffusion of Innovation by Everett Rogers.

Running a company is intense, so I have to make time to read, write, and code. The Bay Area is wonderful if you love food and running.