The results of KDnuggets annual poll on Largest Dataset Analyzed show surprising stability over the last 3 years, with about 54% of answers in GB range, and confirm the gap between the internet-scale data miners and the rest.

Latest KDnuggets Poll asked: What was the largest dataset you analyzed / data mined?

The results, based on 392 votes, show a pattern that has remained surprisingly stable over the last 3 years 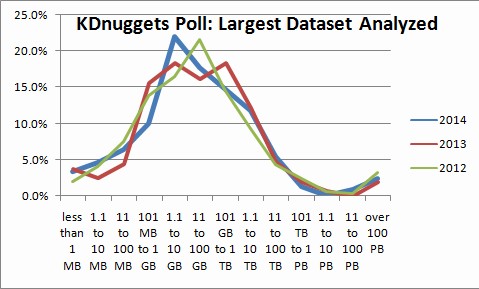 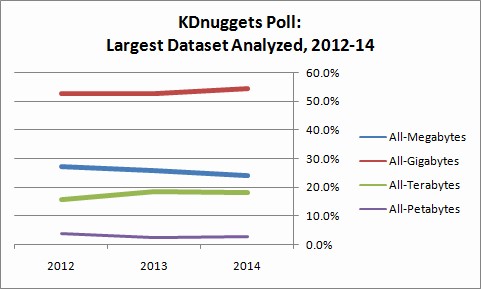 Here is a similar chart just for the US, which shows decline of in percent of Gigabyte analysts and the corresponding growth in Terabyte and Petabyte analysts.

The chart below shows the distribution of Largest Dataset Ranges by Region, sorted by % of TB+ answers. We see that US/Canada and AU/NZ lead, with about 30% of their data miners having worked on TB-size databases. Next is Europe (19%), Latin America (15%), Asia (10%), and Africa/MidEast (7.7%). 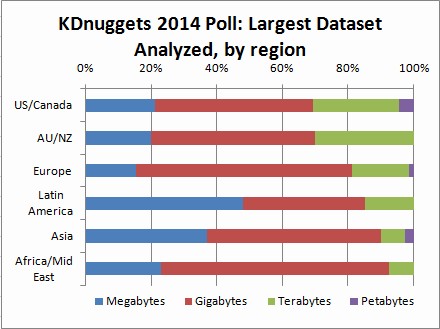