PredictionIO is an open source machine learning server for software developers to create predictive features, such as personalization, recommendation and content discovery.

It is pretty straightforward to understand what PredictionIO can do from its name. It empowers developers and data engineers to build smarter apps with just a few lines of code. Developers can easily add predictive features, such as predicting user behaviors, personalized content recommendation, and match-making service, to their applications.

Version 0.7.3 has been released. First, let us take a look at its user showcases. 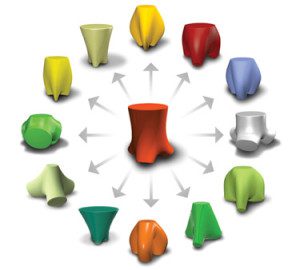 Two main features, which are open source and developer-friendly, make PredictionIO different from other competitors. Developers can import data through REST API interface or client SDKs in Java, Python, Ruby, Android and PHP programming languages. For distributed data processing, PredictionIO relies on Apache Hadoop. To use PredictionIO, no prior machine learning knowledge is required.

“Unlike other data science tools that focus on solving data researchers’ problems, PredictionIO is built for every programmer.“, Simon Chan, co-founder and CEO of PredictionIO said.

More detailed information can be found on its website and GitHub page.