In March, Dell bought StatSoft, a maker of popular Statistica platform for data analysis. I recently talked with Dell management about the acquisition, role of Statistica in Dell, and Dell plans for Analytics, Big Data, and Data Mining. 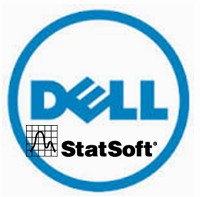 Dell bought StatSoft in March 2014, and its press release said

In June, I published a summary of 2014 KDnuggets Annual Analytics/Data Mining Software Poll results, and commented that

This comment got the attention of Dell, and they arranged for me to talk to its key executives on analytics side.

I spoke to John K. Thompson (General Manager, Global Advanced Analytics) who himself joined Dell only recently) and John Whittaker (Senior Director, Product Marketing), responsible for all of Information Management business. Thanks to Scott Desiere from Dell for arranging the conversation.

Where does Analytics fit into Dell?

Its major business units include

Since Dell is not providing their own data platform, they can be an integrator and offer best-of-breed solutions. Dell message of lower TCO, aligning business and IT finds its sweet spot in the middle market - companies with 500 - 5,000 employees (although Dell also has Fortune 50 customers).

However, Dell was missing an advanced analytics tool and Statistica nicely filled that void.

First, the name will be changed to Dell Statistica, with "StatSoft " gradually retired.

Dell Statistica has more than 1 million users worldwide, with vertical-specific expertise in a number of areas including pharmaceuticals, financial services, technology and manufacturing. Dell does not break out user totals by region, but StatSoft was known to have a strong user community in Europe.

From over 100,000 employees worldwide, there are thousands whose jobs in some form or function involve analytics. StatSoft group was about 100 people, half of them in analytics roles. Post acquisition, Dell hired 18 new people, 15 of them in sales and marketing.

Dell is very excited about the future of Statistica, both in terms of its synergy with the broader Dell Software portfolio and its continued impact on the advanced analytics industry in general.

The acquisition of StatSoft was in March, and John Thompson, General Manager, Global Advanced Analytics, came on board after that, so he is still working to determine the specifics of the product roadmap for Statistica and related products over a multi-year period. 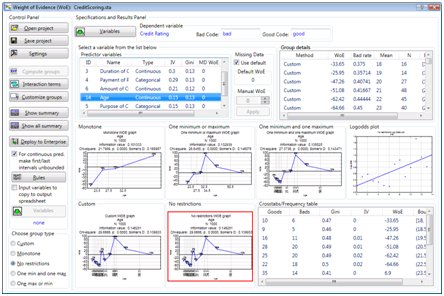 I have asked some specific questions and here are the answers:

Roadmap? Dell is aggressively investing in the development of Statistica, hiring new people, and is committed to delivering market-leading functionality, not only in the product itself, but through Dell ability to support key industry standards, as well as complementary products and technologies.

Pricing? StatSoft pricing was very complex, and Dell plans to simplify the pricing, ranging from about $2000/seat to enterprise-wide licenses.

Cloud? Cloud deployment of Statistica is a part of the roadmap planning.

Hadoop? Statistica can access data in many file formats and storage systems including Hadoop.

Integration with R? Statistica was an early supporter of R. Dell continues to support the R community and the language to extend and leverage the value that they obtain from a joint Statistica+R environment.

PMML? Dell supports PMML and will continue to do so going forward.

Statistica would be a valuable addition to a Dell integrated solution, especially for mid-size companies. However, Dell emphasized to me that they will continue to support the standalone tools marketplace, and plan to strengthen the core Statistica offering.