Interview: Pallas Horwitz, Blue Shell Games on Why Data Science is So Critical for Gaming Studios

We discuss the role of data science at Blue Shell Games, the importance of "Lean Data", key metrics for online games, cross-product projects and optimizing meeting the data needs across an organization. 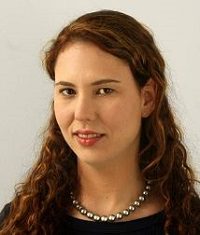 Pallas Horwitz is a Senior Data Scientist at Blue Shell Games, where she built out their cross-platform data infrastructure and oversees the statistical techniques used for analyzing features and optimizing revenue. Blue Shell Games is a casino gaming studio best known for Lucky Slots, one of the top grossing casino games of 2012 and 2013. Prior to Blue Shell Games, Pallas was on TinyCo's Data Team, where she worked on in-game economy optimization and monetization for Tiny Zoo, one of the top grossing mobile games of 2011.

Here is my interview with her:

Anmol Rajpurohit: 1. What does Blue Shell Games do and what role does data science play in that?

Kindle Fire and Facebook. We are best known for Lucky Slots, one of the top grossing social casino games on both Facebook and iOS. We use data science to optimize our live games in order to maximize revenue and retention. Data Science informs which features to build and how players will experience new features. When we run sales or live operations, we use data science to personalize each event. 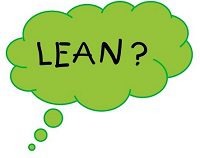 PH: Lean Data is my way of saying in-house Big Data analysis can be — and should be — a priority for small studios. Big Data can sound intimidating, so I prefer Lean Data. The only requirement for Lean Data is that the entire company be on board. A small data team is not very effective if they work in isolation. If studios want to maximize data insights, take the Lean Data approach and make sure every department that touches a product knows how to do simple data analyses. I've even seen medium size studios of 100-150 employees benefit from the Lean Data approach, wherein everyone has basic analysis skills.

Metrics are often seen as a side task, often implemented last because they are neither user-facing nor intrinsic to the core game mechanics. In having every department use the data and have a personal stake in the quality of the data, metrics become part of each feature instead of an after-thought. I personally benefit from having everyone consume data because I am a one-person team with no checks and balances on my work. I love it when a UI artist comes to me and says this doesn't make any sense.

The way I think about data isn't always intuitive to people without a technical background and sometimes I’m just wrong. Receiving feedback from other departments ensures that my analyses and recommendations are not coming from a black box. When everyone understands where the data comes from, they trust my recommendations and I get to see in-game changes within a few days.

AR: Q3. What are the most important metrics for measuring the success of online games? 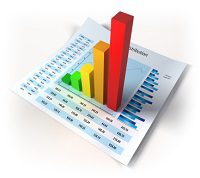 PH: At the end of the day everything comes down to Revenue. However, you have to retain users long enough to monetize off of them. If nothing else, a studio needs revenue, Daily Active User(DAU), and install data per player. From here, you can derive n-day retention. What percent of the players that installed on June 1st also played on June 4th? Answering that question gives you 3-day retention for the June 1st install cohort. You also want to look at n-day Average Revenue Per User(ARPU). It’s similar to Average Revenue Per Daily Active User(ARPDAU), but normalized for size of the install cohort.

Of the users that installed June 1st, how much money did they spend on June 1st, 2nd, and 3rd? Taking these three days of revenue and dividing by the number of installs on June 1st gives you 3-day ARPU. You’ll start to see trends and might notice 6 and 7 day ARPU are much higher than 5 day ARPU. You can then look at 6 and 7 day retention and make sure users are sticking around long enough for your game to monetize off of them.

AR: Q4. How can the data teams optimize meeting the multiple, varied data needs of Product, Engineering, Testing and other teams? Why is it important to create time for cross-product projects?

The data team can’t optimize the needs of the other teams if they are working alone. This has to be a group effort.


Step one is documentation. 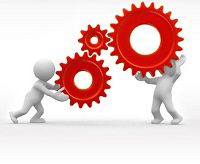 Every game has a design document that all of the teams refer to when a game is being built. Each team gives feedback about what is reasonable and unreasonable to implement and this shapes the final product. You have to take a similar approach to data. Each game has a metrics spec and every team gets a say in the final output. This enables each department having a stake in metrics and their implementation.

As for cross-product projects, at the end of the day I work for Blue Shell Games, not a single game like Lucky Slots. Having cross-product projects gives me an opportunity to push myself and make sure that the recommendations I’m making are in the best interest of the company’s bottom line. A good example is cross promotion. While the source game might suffer, Blue Shell Games comes out net positive. This is why cross promoting users from one game to another is standard practice.