The Ice Bucket Challenge has raised many millions of dollars for ALS charity, but in the summer of 2014 it also has become a fun and promotional activity.

KDD-2014 held in hot August days in New York has not escaped it, with several KDD-2014 organizers challenged by Ronny Kohavi.

Here was our response. 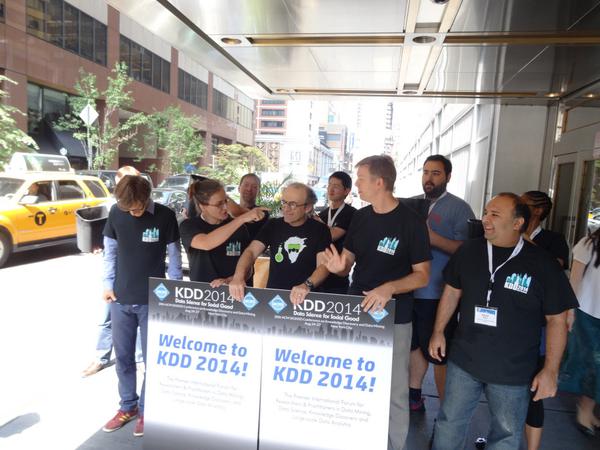 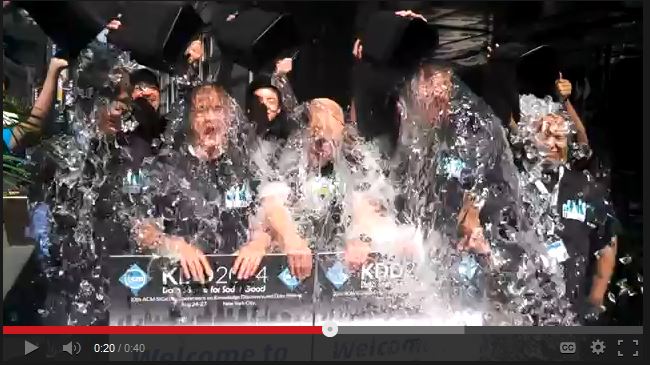 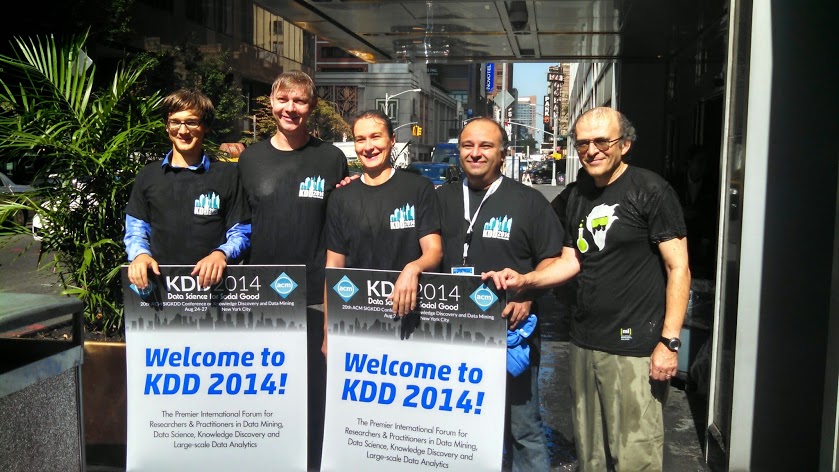 The moment when ice water is dumped on your head is stunning!

Thanks to Tanya Berger Wolf for taking these pictures and video (although I have serious doubts that it will spread virally).

In the video, Claudia challenged the KDD-2015 organizers.

I challenged data scientists to think how they can help their community, their city, and the world.

So donate to ALS or a charity of your choice and may the ice-cold water help you objectively assess the data and avoid overfitting !