Database-as-a-service provider MongoHQ offers both MongoDB and ElasticSearch as a service through its platform, renames itself to Compose. 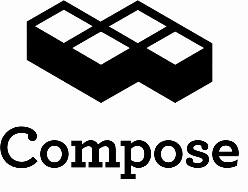 San Mateo, California - August 6, 2014 - Database-as-a-service provider MongoHQ announced that it now offers ElasticSearch as a service through its platform. In recognition of its expansion beyond MongoDB to being a multi-DBaaS vendor, the company has officially changed its name to "Compose," and its website can now be accessed at www.Compose.io.

With this announcement, Compose now offers the first fully-managed platform to safely and responsibly deploy, host and scale both MongoDB and ElasticSearch (in Beta). For developers, the ability to combine the speed and scale of MongoDB for application data with the flexible, near real-time search capabilities of ElasticSearch through a single DBaaS platform will offer a unique ability to more fully exploit the advantages of each database.

As an open-sourced structured search engine, ElasticSearch can be leveraged for a wide range of uses, including user-defined, flexible queries across a range of attributes and powerful full text search.

"MongoDB is an effective primary data store for applications -- ElasticSearch is a powerful indexing engine for data that needs to be queried across a range of different attributes based on user input," said Kurt Mackey, CEO, Compose. "By enabling both through an easy-to-use DBaaS platform, we're giving developers the ability to use these powerful tools in production applications."

Compose seeks to deliver the most easy and cost-effective way for developers to host and scale new databases. Unlike platforms that require you to anticipate how much space you'll require, Compose asks users to pay only for the data they actually use, and starts at $18/GB per month for MongoDB, and $54 per month for the first 2GB for ElasticSearch, then $18/GB per month as it grows.