The results of the latest KDnuggets Poll:

What kind of data science did you do in the past 3 years? 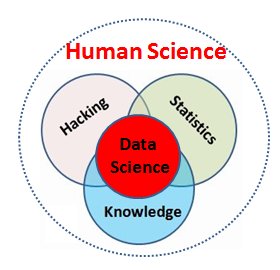 show that Data Science is mainly a Human Science, with 62% of respondents working ONLY or MOSTLY on data science for humans. Only 14% have worked only or mostly on machine data. The "Other" votes could represent people working on non-human biological data or purely scientific data, like astronomy.

The table below gives a regional breakdown for 4 regions with sufficient representation, with 5 "Other" votes excluded.

We note that Europe and Asia have higher machine-data experience than the US, while in Latin America almost all data scientists who responded work with human data.