It’s that time of year again! The birds are leaving, the picket lines are up in force, and people are telling me once again that I should wear something other than flip-flops. That’s right. It’s voting season: the season where citizens around the country are inundated with countless political slogans, and smear campaigns in the hopes of shifting a few votes. 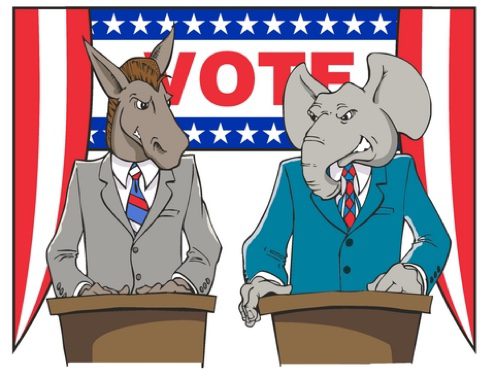 In Massachusetts there are four ballot initiatives, each comprised of some uncountable number of incomprehensible legal documents, and only a few short paragraphs to help inform the average voter. How then, in this world of carefully targeted political sloganeering is a person supposed to inform himself or herself without turning it into a full-time job?

The 20th century answer is to research harder and do real due diligence on each ballot initiative to come to a reasonably informed opinion. Today however, we have more options. indico just so happens to have a pre-built machine-learning tool to help out with a 21st century approach.

Let’s start with Massachusetts’ Question 1 initiative to change the way that Mass. handles gas taxation
(http://www.sec.state.ma.us/ele/ele14/pip14idx.htm). Scrolling through the arguments section, it becomes pretty difficult to tell which side is the most reasonable, and despite the fact that the two arguments are in direct conflict, they both seem to present pretty reasonable cases.

The first thing that the indico political API helps us pull out about these two arguments is that they are both very clearly intended for a Liberal audience. Quickly running any of the pro or con arguments through the API yields a clear Liberal signal.

Since Massachusetts is a Liberal state, it’s unsurprising that most arguments are constructed with a Liberal audience in mind. However, with the power of the internet, we can go a little deeper on the issue and actually look up some more informal speech to get a better sense of the actual leanings on this bill. If we look up an interview (http://bit.ly/YAHfqq) with the author of that argument, Steve Aylward, we find a decidedly more conservative tone in his quotes.

It’s not a new way to vote, but hopefully indico’s political API
(http://indico.io/product) can help give you some insight into political figures and movements.

Author Bio: Slater Victoroff is the CEO of indico (www.indico.io). In previous lives Slater has been an MMA fighter, a buddhist monk, and a poet, though the last several years have been spent in solemn dedication to software. He is currently based in Boston.