The final word in decision making belongs to humans. To simplify understanding of machine algorithms outputs or arbitrary data sets, we need to take advantage of the most advanced of all the human cognitive systems – the visual cortex. Our version of the Visual Data Discovery Framework attempts to do just that.

To visually present different types of data, we employ a Unified Visual Data Representation Space (UVDRS), where a data set is visually represented as a set of objects and relations between them. This is high level of abstraction and it let us represent almost any data set. We discover data “insight” by finding meaningful relations in data sets together with maximizing amount of information about data objects inside the same screen space.

The UVDRS design was prompted by searching for potential linkages between even the most unthinkable relations. Initial studies of transformative discoveries such as Nobel Prize winning discoveries are particularly promising.

To further simplify visual recognition of the relative strength of relations, we moved our Discovery Framework to a 3D space where we can:

In some cases the UVDRS is the natural abstract data representation, especially when it comes to financial portfolio visual modeling. It even has a commonly used name: visualization of portfolio diversification.

There is one other important application - it is very difficult to detect, explain or predict System Level Events composed of multiple simultaneous local events and involving multiple relations amongst multiple distributed domain objects. The financial “bubbles” are examples of such events. We used our framework to visualize the stock market crash of October 1987.

The following are screen shots from our demo located on http://tradingpipeline.com/ under Products menu item.

Initially the user selects an appropriate data set classification. It could be

In the process of research the user could create miscellaneous types of classifications in order to discover meaningful relations in one or more of them.

After choosing data set organization users can search for valuable relations in a data set by:

Fig.2:  Data Set after filtration: shown only significant correlation between 0.9 and 1 (max)

Fig.3:  The single mode: shown  relations strength of one object to all other objects. 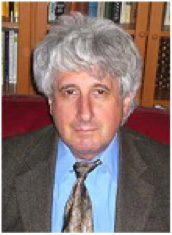 He holds a PhD degree in EE and an MS in theoretical cybernetics. Dr. Rotenberg is the author of more than twenty patents in analytic visualization, probabilistic modeling systems, analytical models and methods in process control, adaptive and training systems.