By Anmol Rajpurohit on November 5, 2014 in Data, import.io, Tools

The tool, which they are providing free of charge, is useful for transforming web page(s) into a table that can be downloaded as a static CSV or accessed via a live API.

To use Magic, users simply need to paste in a URL, hit the "Get Data" button and import.io’s algorithms will turn that page into a table of data.The user does not need to download or install anything. 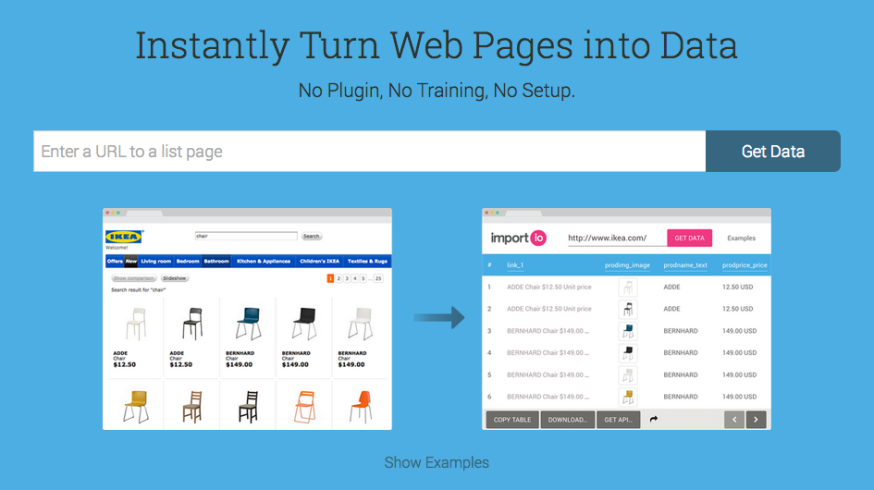 The Magic algorithm assesses the underlying HTML of a page to identify the most relevant list. It then treats that list as the primary source of data to generate the rows and columns to create a table. It will also attempt to detect the subsequent pages.

Once the data has been returned into the table, users have the option to  edit the table column headers, delete columns, and drag and drop them into a different order. The data can then be copied and pasted into Excel/Google Sheets or downloaded as CSV.

For more data savvy user, import.io also allows you to create an API to the source data. The API is only available to the initial source data, which means that any of the changes you make to the table will not be reflected in the API.

Magic is the latest offering from the web data platform that is trying to make harvesting web data easier and more accessible. For more targeted data collection, import.io also offers a free desktop app, which uses an intuitive point-and-click step to help the user train the data they want.