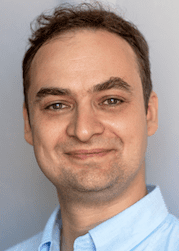 is Assistant Professor of Finance and Risk Engineering at the NYU School of Engineering. He is also the founding managing editor of Algorithmic Finance and the co-founder and co-editor-in-chief of the Journal of Sports Analytics. He has also been an analytics consultant with several NBA teams.

He has also been a policy scholar for a free market think tank, a Justice of the Peace, a Congressional candidate, and a columnist for American Banker, the Fairfield County Weekly and LewRockwell.com. He is also an award-winning journalist and the author of Yankee Wake Up, Free Your Inner Yankee, and Yankee Go Home. He was a finalist for the 2010 Bastiat Prize for Online Journalism.

Anmol Rajpurohit: Q1. How do you define "Optical Analytics"? Why is it important for NBA? 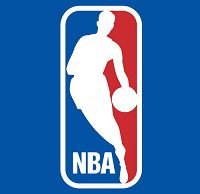 Philip Maymin: Optical analytics extracts useful information from the high-frequency tracking data which reports the court location of all ten players and the ball, twenty-five frames per second, using an array of video cameras above the court. This is a new and very hot area for basketball decision makers because last year was the first year the data was available to all 30 NBA teams, under a groundbreaking deal between the league and STATS LLC, the innovators and providers of the data.

I believe this kind of data will ultimately prove to be as significant as the three-point line and shot clock in its effect on basketball. It is the most fundamental data: play-by-plays and box scores can in principle all be derived from the optical data. It lets you answer some questions that are otherwise impossible to even address: How does the average small forward’s shooting percentage from the left elbow depend on his distance to the nearest two defenders? Which players have the fastest first step? Who sets the hardest picks?

AR: Q2. Why do you think it's hard to get started on integrating Optical Analytics into a basketball team's game strategy? What are the toughest challenges?

PM: The optical analytics are not always simple. Traditional analytics are simple: points, rebounds, assists. You can see how it changes over time, you can rank players, and you can compare to historical greats.

Some of the optical stuff is relatively simple: drives, contested rebounds, hockey assists, etc. Those will be integrated by all teams quite soon, I believe.

But the more advanced questions are sometimes hard to formulate in the typical analytics tools available to coaches. That’s the toughest and most important and valuable challenge. 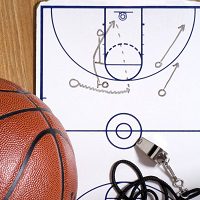 Every team has at least one member of the coaching staff who gets lots of ideas from watching the games that he wants to check. Is this player really dogging it on defense, or is that an illusion? Who are the league leaders in getting the ball up the floor, or slowing down transition offense, or closing out on wing shooters? And how do our guys compare to them? Which pick-and-roll partners are most effective vs. which ones are we actually using most often? What areas of the post generate the most consistent offense, and does it come from kick-outs or fouls or plain old field goal effectiveness? What situations cause the most defensive lapses?

The toughest challenge is not just getting answers to them quickly, but presenting them with an interactive tool through which they can ask other or deeper questions, filter by game outcome, or shot clock remaining, or quarter, or any other reasonable parameter.

If it takes a week to get an answer to a question, eventually they will ask no more questions. It has to be immediate, interactive, and visual.

There are technical challenges in doing that properly but if it is done right, if an answer to a brand-new unique question can be answered just as quickly as opening up a web page, that’s suddenly an enormous advantage. Then you have not merely an optical analytics report, or even a tool, but a complete system.

Coaches no longer need to rely solely on theory and their own experience: they can become experimental scientists overnight and examine the sum total of basketball experience in an objective and timely way. 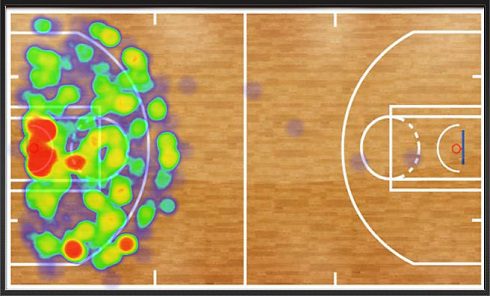 That means the skills needed for analytics are no longer purely statistical but also include data science, programming, visual interface design, cloud storage and computation, quality assurance and usability testing, automation and error handling and recovery, and in general a far more polished and production-level approach. Except for the rare case when those skills happen to coincide in a single person, this can be a hiring and/or training challenge for analytics departments more used to producing regular statistical reports.

Some teams consider outsourcing some analytics to third-parties who offer similar services simultaneously to multiple teams, but ultimately a team’s chief analytics officer can’t really be outsourced any more than its general manager. They need to be an integral part of just one team. And yes, I think teams should eventually appoint chief analytics officers once they realize that analytics is not just another viewpoint among many, but can actually be a comprehensive framework for a team’s overall decision making.

AR: Q3. How should coaches deal with the trade-off of insights from Analytics vs. gut instinct? Is there anything that can be done from Analytics side, to make this choice easier for coaches?

PM: Gut instinct is great for forming hypotheses. Analytics are then used to backtest those hypotheses. If the coaches can formulate and backtest new hypotheses on their own as easily as pulling up video, that would make things much easier. But if they have to sit through meeting after meeting and repeat over and over what they want, they’ll stop asking.

Gut instinct has also been a really good computational heuristic when computation and data were scarce and expensive. But now, there are better tools available. Let’s use them.


Coaches are perhaps the most adaptive people on the planet. They might have to rework their entire offensive and defensive schemes mid-season following a major trade. If there is a tool that can help them easily and quickly run objective what-if scenarios based on mountains of historical evidence, I think they would love that.

AR: Q4. Do you believe Optical Analytics has impacted fan engagement? How will it affect Fantasy Basketball? 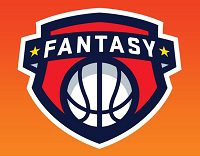 PM: Sure. Most fans now know how great the corner three is. They know that driving into the paint is usually a good thing. They know that some players tend to get more traffic rebounds than others. But it’s not their primary focus. I think fans are mostly engaged, and rightly so, on the truly amazing plays that the world’s greatest athletes perform on a nightly basis.

The NBA has just signed a deal with FanDuel, and Commissioner Adam Silver has recently expressed support for extending and allowing sports betting. I think optical analytics will impact both of those, in proportion to how much optical data is available direct to fans for analysis.