User-Generated content has resulted in an increased interest in sentiment mining, and with this, aspect-based sentiment analysis (ABSA). Develop new techniques in ABSA for ABSA15.

With the proliferation of user-generated content, interest in mining sentiment and opinions in text has grown rapidly, both in academia and business. The majority of current approaches, however, attempt to detect the overall polarity of a sentence, paragraph, or text span, irrespective of the entities mentioned (e.g., laptops, battery, screen) and their attributes (e.g. price, design, quality). The SemEval-2015 Aspect Based Sentiment Analysis (SE-ABSA15) task is a continuation of SemEval-2014 Task 4 (SE-ABSA14). In aspect-based sentiment analysis (ABSA) the aim is to identify the aspects of entities and the sentiment expressed for each aspect. The ultimate goal is to be able to generate summaries listing all the aspects and their overall polarity such as the example shown in Fig. 1. 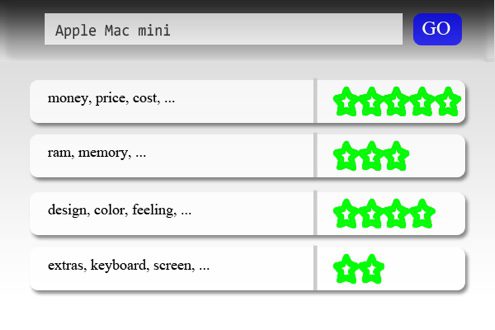 Figure 1: Table summarizing the average sentiment for each aspect of an entity.

This task (ABSA15 for short) is a continuation of SemEval 2014 Task 4 (ABSA14, http://alt.qcri.org/semeval2014/task4/). ABSA15 will focus primarily on the same domains as ABSA14 (restaurants and laptops). However, unlike ABSA14, the input datasets of ABSA15 will contain entire reviews, not isolated (potentially out of context) sentences. Also, ABSA15 consolidates the four subtasks of ABSA14 within a unified framework. Furthermore, ABSA15 will include an out-of-domain subtask, involving test data from a domain unknown to the participants, other than the domains that will be considered during training.