2015 Predictions – What’s Next for Data Scientists?

What’s next for data scientists in 2015 - new areas they will focus on - cyber threats to fraud detection - and how the expectations for this profession will change. 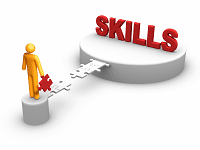 2015 will see data science becoming a mainstream career choice. Most universities are already offering courses in data science in preparation of the dramatic rise of this new profession. High demand for data scientists will snowball in the coming year, with nearly every enterprise having data scientists doing more than just studying customer behavior - heralded so much in 2014 - but expanding into new areas such as data forensics to combat rising cyber threats, fraud and risk as well as the creation of new types of businesses based on data.

Data science adoption will be driven by the business and its requirements, which will lead to an explosion of new tools and services focused on specific industries and departmental needs. In addition, the gap between expectations and reality will increase in 2015. Because many technologies are still very immature, newly hired data scientists are often very inexperienced regarding business questions and face the challenge of bridging the gap between business departments’ operational needs and the capabilities of the technical infrastructure which is getting more and more complex.

Data science as the science of “optimizing business by exploring/mining data” is becoming a mega trend, but there is a lot of confusion in the market. Regarding the job of data scientists, many big companies have already implemented complete data science labs without any clear strategy. The role of a data scientist has to evolve next year by becoming a kind of human interface between “data business incubators” and the actual business departments who need to gain competitive advantages over their competitors. In 2015, the need for additional human resources in that area will accelerate, but the number of skilled people to fulfill these requirements cannot be satisfied. Therefore the gap between expectations and fulfillment will open even more.

Bio: Mathias Golombek, is the CTO at EXASOL - provider of the world’s fastest database. EXASOL is the first company to combine in-memory with columnar storage and massively parallel processing into its DBMS, EXASolution – giving it unrivaled speed and performance, according to independent TPC-H Benchmark