We discuss the importance of self-service model for Big Data tools, Small Data vs. Big Data, unique advantages of Platfora, key enhancements in Platfora 4.0 and more. 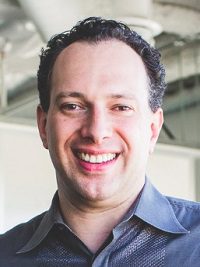 Ben Werther launched Platfora to transform the way businesses use big data analytics. Under Ben’s leadership, Platfora is now one of the hottest companies in Silicon Valley and a leader in the big data analytics space. Before founding Platfora, Ben was vice president of products for DataStax, where he shaped the company’s enterprise and Hadoop strategy, and was also head of product at big data analytics company Greenplum.

Anmol Rajpurohit: Q1. What do you mean by "democratization" of Big Data? Why is it so important to have a self-service consumption model for Big Data?

Ben Werther: To get maximum value out of big data, it must be accessible and consumable by employees far beyond the walls of the IT department. And just as essential to data democratization is reducing analytic cycles from weeks to hours, and this is only possible with a self-service model.

AR: Q2. What makes you say that most companies today are using only "Small Data"? Can you share some examples of Big Data that the companies are often missing or over-looking?

BW: We recently conducted survey research of 120 executives who use or manage analytics software. About half of respondents indicated that they have to break data into smaller pieces to work with it, and this is driven largely by in-memory limitations of older generations of analytics and because data is not yet centralized in massively parallel stores such as Hadoop. In addition, 53% said that linking existing “small data” infrastructure to the new big data tools was challenging.

What most companies are overlooking today is large volumes and varieties of data from sensors, machines and log files, just to name a few. For example, most cable services providers can analyze transactional data including service orders, billing history, entertainment package details and the customer’s call center activity. But very few are using real big data analytics, which could help cable companies analyze digital trace data of every interaction the customer is making with the set-top box, to glean new insights about product performance, customer preferences, and firmware and software failures.

AR: Q3. What are the unique advantages of Platfora based on being the only end-to-end solution native on Hadoop?

BW: Native and end-to-end means Platfora can analyze data at petabyte scale in seconds, and enable users to drill into data sets iteratively and interactively without having to fill out an IT work order every time you change the query. This enables hundreds or thousands of employees to start working with data in security, marketing, finance, operations and the Internet of Things just to name a few popular use cases.

AR: Q4. What do you consider the most significant enhancements in the recently released Platfora 4.0?

BW: Among many additions to the platform, we greatly improved the visualization capabilities in 4.0 so that more users in the organization could have a Tableau-like visualization experience while tapping into vast seas of Hadoop data. Data that was once inaccessible without significant data preparation and technical support is now on tap to analyze by CXOs, non-technical employees and the data science team members just the same. 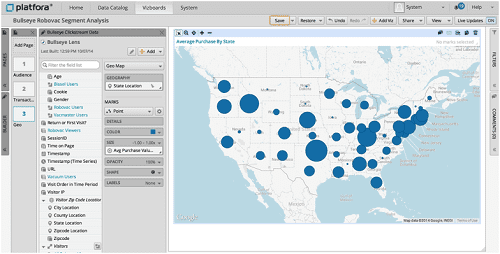 AR: Q5. What key capabilities distinguish Platfora from the competition?

BW: Platfora Big Data Analytics is still the only end-to-end big data analytics platform built natively on Hadoop. We are sometimes confused with Datameer, but in several companies that use both of our solutions (Vivint, Opower) Datameer is for data preparation and ETL, and the full-stack analytics capabilities come from Platfora.

Second part of the interview.