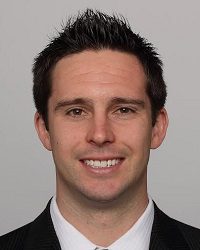 Brian Hampton is in his 11th season with the 49ers and his 5th as Director of Football Administration & Analytics. Previously Hampton served as the team's Manager of Football Operations for two seasons and as an analyst before that. He originally joined the 49ers as a football operations intern in late 2003.

Anmol Rajpurohit Q4. What are the current shortcomings of Football Analytics (i.e. situations where analytics cannot keep up with the decisions a Coach needs to make)? 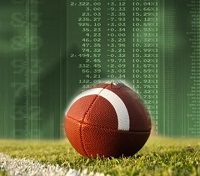 Brian Hampton: The data limitations of 11 on 11 matchups are the most limiting factor. Situational analysis is also complicated by the fact that many situations haven’t been faced very often and the game is evolving. Plays from 10 years ago may not be useful today if the schemes and style of play are different. There are many advances that are held back by a lack of data. The anti-technology rule is also limiting to analytics but for the cause of increasing the chances that the winner of a game triumphs based on preparation, physicality and player performance and not better algorithms.

AR: Q5. In terms of effectively utilizing Analytics, where do you see San Francisco 49ers as compared to other teams?

BH: Every other team in the league has already figured out all of the answers and has nothing to gain from further work. We don’t tell other teams what we are doing and don’t expect them to tell us what they are doing so it is very hard to compare. We strive to be the best in everything that we do but the prize we seek is the Lombardi trophy and that is what we judge ourselves on.

AR: Q6. Where do you see Football Analytics in the next 3-5 years?

BH: Player tracking information is the next frontier. Already quite a few teams have expanded their training staffs to make use of motion information and get the most out of each bit of energy on the practice field and in games. Big data companies are making pitches left and right to try and improve team processes but I see the player monitoring information having a bigger impact over the next few years. Game strategy and instruction remains largely up to the coaching staff but putting better athletes on the field is the arms race happening off screen.

AR: Q7. What is the best advice you have got in your career? 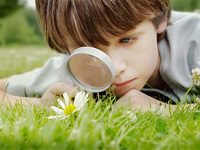 BH: “You don’t know what you don’t know.” If you think you have all of the answers you are bound to be passed by. If you keep inquiring, innovating, developing, challenging, etc then you will find ways to improve. This is a mentality that I try to apply to my work. Keep doing what works but find ways to make it better. At the same time do more; to expand your role, your understanding, your potential.

AR: Q8. What was the last book that you read and liked? What do you like to do when you are not working?

BH: The collection of books I intend to read

keeps growing relative to the books I have read. Within my department we have started a process of pulling the key excerpts of books, journals or articles that can make us better and sharing them with each other. I believe I have now read almost the entire book Thinking, Fast and Slow by Daniel Kahneman because of this but I don’t actually even now what the cover looks like.

Before becoming a father a couple summers ago my main hobby was being a triathlete. I managed to accomplish a life goal of completing an ironman triathlon (2.4 mile swim, 112 mile bike, 26.2 mile run all in a row) and then traded in the training hours for time spent being dad. Taking the stroller and going running is probably my favorite activity these days.