Top Big Data influencers of 2014, according to HadoopSphere

Here is HadoopSphere annual list of top big data influencers, reflecting the people, products, organizations and portals that exercised the most influence on big data and ecosystem in 2014. 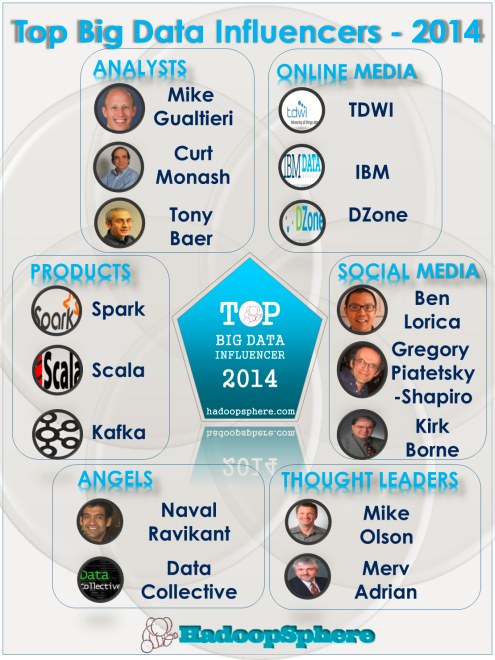