The ability to operationalize models and turn them into APIs with a click in Azure ML comes at a price: first, your data has to live in Azure, which is a no-go for certain organizations with sensitive data; second, you have to pay for the infrastructure and for the service (whereas you’d only pay for your infrastructure when using PredictionIO). There’s a free tier but for deploying in production you need the standard tier at $10/month per seat, to which you would add the “studio” usage at $1/hour (for experimenting) and API usage (based on the number of hours active and of transactions, see pricing details).

Several advantages of PredictionIO come from the fact that it’s open source and based on Spark: 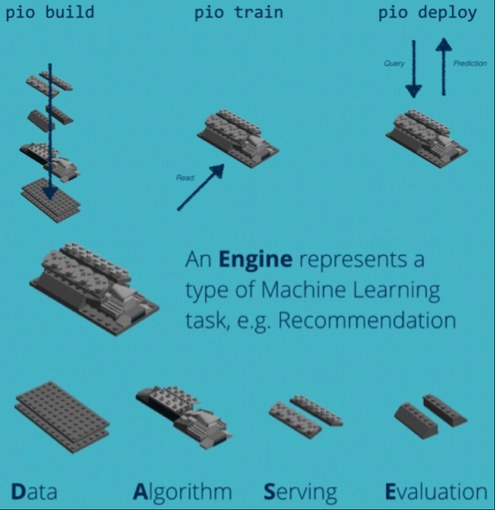 PredictionIO’s engine components and commands to use them (build, train, deploy)