What is your Annual Salary/Income (in USD), Employer type, and Analytics/Data Science role?

2015 poll got much higher participation than in 2014 and reached a wider population including more junior analytics professionals, which probably explains slightly lower salaries for US data scientists this year. 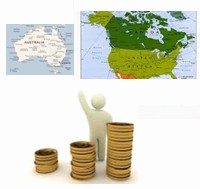 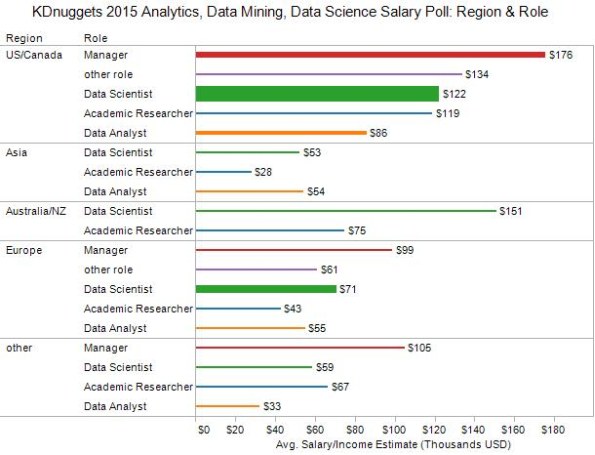 Employer type also plays an important role. Even excluding students, people in the industry earned $108K, about 40% more than $$77.6 for academic/government employees.

Here is a more detailed breakdown by Role and Employer type (students excluded).

Finally, the chart below shows a breakdown by Region, Role, and Employment. East European and Asian salaries are lagging behind the US, Canadian, Australian, and W. European salaries for similar positions. 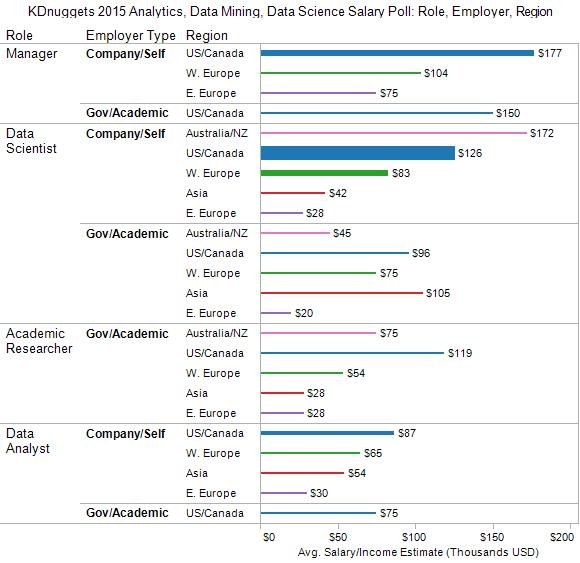 and the results of past polls: