Algorithmia – How Marketplaces are Fostering Innovation?

We have a marketplace for almost everything – mobile apps, cabs, hotels, and what not. But, not for algorithms. Algorithmia takes up that challenge.


Social networking sites have recently been buzzing with the following quote about 2015:

In other words, platforms have become the cornerstones for innovation. All these companies are in the business of providing a trust-worthy, convenient, and engaging platform to meet some of the very basic needs of customers.

This dominance of platforms in their respective ecosystems is nothing new in the technology world, however, what is new is the way it is being embraced and trusted by the community. The critical success factor for all platform providing companies is the widespread adoption by independent vendors, who use the platform to attract customers and deliver goods/service to them.

One of the milestone events in the history of platforms raising to glory was Apple’s App Store crossing the mark of 1 Million apps in 2013. A nice testimonial to their ad statement “there’s an app for everything”.

At KDnuggets, we cannot stop wondering when would this happen to the world of Data Science, Big Data or Machine Learning. Many companies are currently trying ideas in this space, but none has been able to “cross the chasm” and get a lot of attention. Today, we would like to direct our spotlight to Algorithmia.

Algorithmia is a live, crowd-sourced algorithm API. It aims to make applications smarter, by building a community around algorithm development, where state-of-the-art algorithms are always live and accessible to anyone. Algorithmia was co-founded in 2013 by Diego Oppenheimer and Kenny Daniel who currently serve as the CEO and CTO respectively. The startup has raised $2.4 million in seed money from a group of investors including Madrona Venture Group, Deep Fork Capital, Rakuten Ventures, Oren Etzioni, and Charles Fitzgerald.

Based in Seattle, Algorithmia is a cloud service for Algorithm developers and App developers to share their work, build on other algorithms, and then instantly make them available as a web service. Their platform was made available for public access about a month ago. 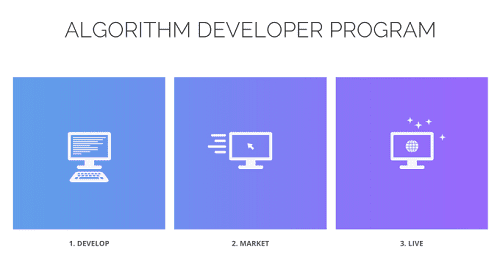 Currently, it has 600+ algorithms covering a wide variety of topics such as data preprocessing, topic analysis, ensemble learning, dimensionality reduction, apache opennlp, etc. Algorithmia also lets users request for an algorithm that does not exist yet on the platform. Such requests, referred to as “bounties” are open to vote and donation pledges from all members. Currently, there are about 70 bounties. The Algorithmia blog is a good resource with a collection of articles on some algorithms and how to get started.

The authors of algorithms and apps can set up a price for every API call. The end price for a consumer is the algorithm cost per API call (set by author) and commute time (1 credit/second). Registration is super simple and free. All new users are given 10,000 credits to start using Algorithmia for free. After using up the free credits, users can purchase one out of 3 package options which are priced around 10,000 credits for $1 (or cheaper). 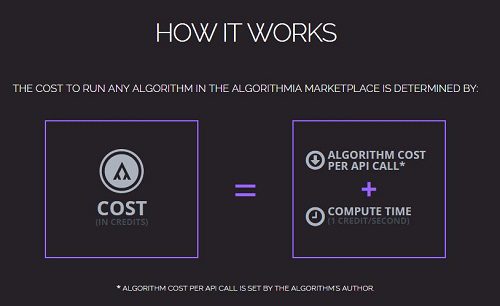 Through a large number of member contributed algorithms, Algorithmia Marketplace has grown and its current functionalities include summarizing and generating topics from unstructured text, extract structure and information from arbitrary websites, dozens of microservice building blocks, and computer vision tasks such as face detection and image similarity.

Summary: Algorithmia is on-track – pursuing a real pain point in the technology community, enabling crowdsourcing and delivering a simple, yet effective solution. However, these were just the first steps. Now, it faces the big challenge of rapidly growing its community, boosting community contributions, and becoming a money earning machine for so many talented algorithm developers across the world.

Crowdsourcing is like ocean shores next to deserts (such as California), you can clearly see the value in it (i.e. water) yet it requires a Herculean effort to derive the value in an efficient and cost-effective way (i.e. through desalination). I just hope that this situation changes soon, for Crowdsourcing as well as California (currently going through a major drought). Until then, I will eagerly follow the progress of innovative startups such as Algorithmia.