Be Smarter Than Your Devices: Learn About Big Data

If the Apple Watch rollout proves anything, it might be this: Going forward, we’ll all have to be as smart about data as our devices. Also, learn about the origins of "Big Data" term.

The Big Data questions raised by the Apple Watch are similar to the concerns over access to and disclosure of other reams of personal information. Edward Snowden’s leaks most famously brought these kinds of worries into play, publicizing the spying on ordinary Americans by the National Security Agency. There’s also commonly expressed fear that Big Data is dehumanizing, and that it’s used more for evil than for good.

These fears, Indurkhya noted, have seeped into the popular culture. Consider this list of Big Data movies: War Games,

in which a super computer is given control of all United States defense assets. Live Free or Die Hard, in which a data scientist hacker hopes to eventually bringing down the entire U.S. financial system. Even Batman gets into the act, hacking every cell phone in Gotham.

Little wonder people might shy away from studying big data. But that would be a mistake, said Indurkhya, who has a rebuttal for all the Hollywood hyped-fears.

First, he said, there are strong parallels between the Big Data revolution and the industrial revolution. Look at history. Despite all the dire predictions, machines aren’t “taking over the world” and neither will Big Data.

Second, it’s also helpful to appreciate what Big Data gives us. It provides us with better estimates?—?they are more accurate and our confidence in them is higher. Perhaps more importantly, it provides estimates in situations where, in the absence of Big Data, answers were not obtainable at all, or not readily accessible. 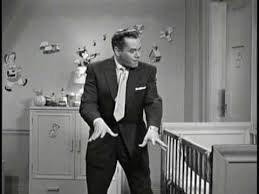 Data specialists can set policies and procedures that protect us from some of the risks of Big Data. But we also need to become much more familiar with how our data is collected, analyzed, and distributed. If the Apple Watch rollout proves anything, it might be this: Going forward, we’ll all have to be as smart about data as our devices.

Bio: Peter Bruce is founder and president of the The Institute for Statistics Education at Statistics.com.