Hazy Forecast for Consumer Privacy in the Next Decade

Majority of experts felt that developing a privacy framework that would be both popular and functional was next to impossible in the near future. With time, privacy is likely tol become a class issue with consumers who have the money having the ability to secure their data better. 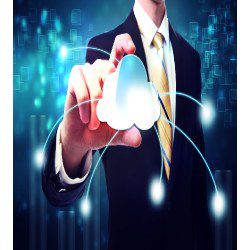 A recent report released by database management experts paints a muddy picture for privacy’s future in the midst of a labyrinth of laws. With the recent upsurge of data breaches that hit the acme with the Sony Hack in 2014, the industry is set to witness intensified efforts to guarantee consumer privacy.

However, at what cost? This presents the question that DBA experts from Pew Research and Elon University in an aptly titled survey “Imagining the Internet” sought to answer. The main question the more than 2,500 DBA experts surveyed sought to address was that of applicability of emerging privacy laws by both the federal and national governments.

The hypothesis posed to all participants was the development of a structure that would be widely accepted and trusted in the whole industry. The surprising data findings split the experts down the middle with 45% including those from remotedba.com/ averring that it is indeed possible to set such infrastructure.

However, 55% of these experts felt that developing such a system that would be both popular and functional was next to impossible in the near future. This survey sought to move beyond the usual constraints posed by multiple-choose questionnaires and sought explanations into the Yes or No answers. 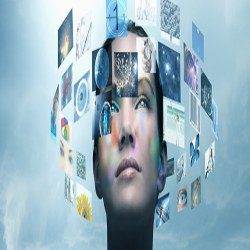 In a post-research interview published on TechNewsWorld, the problem was the fact that regulators are at disconnect with the perception of those they seek to protect. Most respondents noted that the public has accepted willingly that personal information is a form of currency that can help them obtain invaluable services.

While the governments and business organizations are intensifying monitoring and tracking of those who interest them, it is a concern today for civil liberties activists. However, Hal Varian, the Chief Economist at Google official expects these will not be issues that will matter to data users by 2025.

According to Varian, the denizens of 2025 will appreciate the role of monitoring and tracking due to the safety benefits. Moreover, it will make their shopping life more convenient as they will be able to connect quickly with service providers who already know what they love.

Trade off between Privacy and Transparency
According to Jerry Michalski a founder of REX, those people who hitherto had respect due to their parsimony on sharing personal information will seem weird if not non-persons. Such sharing of experiences will be a form of earning trust, as others will consider you human.

The Worst is yet to come

If the contemporary data user thinks the current situation of affairs is unacceptable as regards privacy regulations, there is more to come according to the survey. Ugly politics blended with corporate greed and more consciousness on privacy will cause a rigmarole that will leave the consumers at the middle.

Though every analyst has a differing view on the coming age of privacy, there is no denying that lobbyists who are responsible for pushing regulation will make the situation worse. With time, it will become a class issue with consumers who have the money having the ability to secure their data better.

Bio: Jenny Richards is a freelance content writer. She has written many articles on technology, the internet, software, database, hosting etc. To know more about Jenny's contribution, please visit RemoteDBA.com.