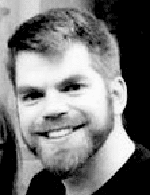 Alessandro Gagliardi is a Senior Data Scientist at Glassdoor and instructor of Data Science at General Assembly in San Francisco. He also mentors at SlideRule and has been helping develop the Data Science curriculum at GalvanizeU. At Glassdoor, using big data and machine learning he analyzes user generated content such as salaries and employer reviews. Prior to that, he worked for Path, analyzing terabytes of customer activity logs providing business insights for product development.

Alessandro received his B.A. in Computer Science from UCSC and pursued a Ph.D. in Behavioral and Neural Science at Rutgers until moving back to California in 2010. He taught neuroscience and psychology at USF and CIIS before returning to industry as a Data Scientist in 2011. Since then, he has been working on bringing his knowledge of biological computation to the field of data science all while training the next generation of Data Scientists.

Update (April 6, 2014): Alessandro is no longer working at Glassdoor. Currently, he is Lead Professor of Data Science for GalvanizeU's Master of Engineering in Big Data.

Anmol Rajpurohit: Q7. Which of the current trends in Data Science seem the most interesting to you? What advancements do you expect in Data Science over the next 2-3 years?

Alessandro Gagliardi: I'm hoping that the quantified self movement and the proliferation of devices like fit bit will engender a democratization of data science skills, that is, that everyone will become an amateur data scientist the same way that the point-and-shoot camera made everyone into an amateur photographer. Much of a data scientist's job these days involves educating people on how to properly interpret data. I'm hoping that this will make the general public more savvy consumers of data. This will help professional data scientists as well as more people come to understand what data science has to offer.

AR: Q8. What motivated you to work in Data Analytics? What inspired the transition from Integrative Neuroscience to Data Science?

AG: Money. I hate to say it, but it's true. It helps that data scientists are very well compensated these days, but actually, the motivation came more from just how

poorly compensated our university instructors are. It's a real travesty. More and more, universities are offloading their courses to adjuncts who are paid shockingly little, especially when you consider how expensive college is these days. Everyone knows that academia is in a bad state right now and more and more people are leaving it to work in a field where they will be more respected and better compensated. I hope that the academy can right itself because I believe that a liberal college education is very important for our democracy. But I simply could not go on scraping by in that environment.

That said, I would not work for just any company. It was very important that I work for a company I felt was doing good. And that's why I work at Glassdoor. Work is such an important part of anyone's life. Helping people find a job they love (or at least, that they don't hate) is pretty important work, if you ask me.

AG: I enjoy building new things. I suppose part of me never stopped being an engineer. But part of the pleasure of doing engineering in data science is that there's more room to play. I also enjoy the problem solving aspect of thinking through how an analysis could go wrong. You need to be creative with that. It's not hard to get enough data to drive your p-values down to zero if you don't know what you're doing. I find debugging those issues much more interesting than debugging code, because they are really logic problems.

At the same time, it can get tiresome after a while. Take the salary estimates problem. It is aggravating for the same reason it's exciting. It is a problem that will never be fully solved. And that can be frustrating. Sometimes I'm jealous of the engineers who can just build something and be done with it. A lot of data science projects could go on forever if you let them.