We discuss recent events at Washington Post, growth initiatives, the growing pain of Dark Social, how to deal with it, audience analytics, advice and more. 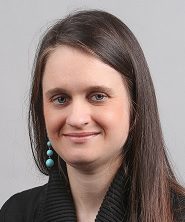 Beth Diaz is the Vice President of Audience Development and Analytics at The Washington Post. In this role, she oversees the company’s digital marketing and business development efforts as well as all research and analytics. She joined the Post in 2003, holding a wide range of roles at the company during her tenure. Prior to joining the Washington Post, she was a management consultant for the Monitor Group in Boston and Johannesburg.

She completed her undergraduate work at Georgetown University and has an MBA as well as a Master’s Degree in Public Policy from Harvard University.

Here is my interview with her:

Anmol Rajpurohit: Q1. What have been the major changes at Washington Post since its acquisition by Jeff Bezos?

Beth Diaz: This is a very exciting time to be at The Washington Post. Fast Company recently named us the most innovative media company in 2015, in large part because we launched a new tablet app and continue to grow while investing in technology. 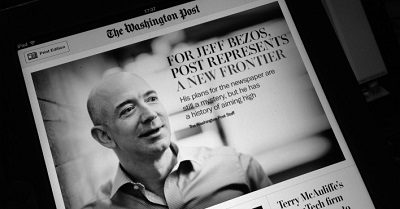 AR: Q2. What initiatives have led to the steady growth of users visiting washingtonpost.com in the past few months?

BD: The Washington Post really has seen incredible growth as of late: in January 2015 we had an audience of 48M people in the US (Comscore UVs), a 70% increase in audience in just one year. We’ve done so because the newsroom is focused on creating even more interesting, engaging content for readers nationwide while maintaining the journalistic standards that have driven The Washington Post for the past 125 years.

These expansions include new blogs covering lifestyle, education, technology, health, and first person narratives as well as expanded coverage of politics, sports, national security, and world affairs, among others. As a result of this increase in content, we have also seen significant growth in traffic from social sources. 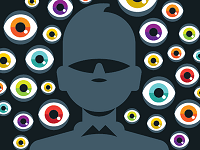 BD: Alexis Madrigal from The Atlantic coined the term in 2012 to describe social traffic that was not trackable using traditional methods. We at The Washington Post specifically define dark social as traffic that looks like direct traffic (inbound visits with no referring source) but that we believe to be social traffic. While we know that many of our users have either bookmarked our site or will type in “www.washingtonpost.com” or even “www.washingtonpost.com/politics”, it seems highly unlikely anyone will type in “http://www.washingtonpost.com/politics/republicans-split-on-dhs-funding-edging-closer-to-partial-hutdown/2015/02/23/4b2de138-bb76-11e4-b274-e5209a3bc9a9_story.html”, even though that’s what the analytics tell us.

Dark social is important because if you can’t understand who your users are and where they’re coming from, it’s difficult to create content and user experiences for your audience. Dark social is also making up an increasing amount of everyone’s traffic as there has been a tremendous rise in popularity of social mobile apps such as Facebook, Snapchat, Whatsapp, etc; mobile apps such as these are particularly challenging when it comes to tracking audience analytics.

AR: Q4. What are your recommendations to deal with the opaqueness created by Dark Social?

BD: The first thing to do is to identify what is truly dark social. For The Washington Post, we assume that all direct traffic to our homepage and section fronts is truly direct traffic – people really have bookmarked our URL or typed it in - and not dark social. For visits starting on an article page or blog page (the “http://www.washingtonpost.com/politics/republicans-split-on-dhs-funding-edging-closer-to-partial-hutdown/2015/02/23/4b2de138-bb76-11e4-b274-e5209a3bc9a9_story.htmlH” example above), we assume those visitors have arrived by clicking on a link. We have implemented solutions to identify users coming from our newsletters and from some mobile apps. What’s left we call dark social.