We discuss the field of Big Data for Development, current projects and future plans for Data-Pop Alliance, public participation opportunities, advice, and more.

AR: Q12. What is the best advice you have got in your career? 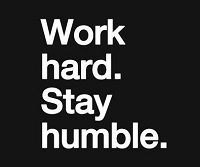 EL: “Be only yourself but don’t only think about yourself”—it’s something my grandfather told me once when I was a child. It sounds a bit empathic but it struck me, because he was a role model, and it stuck with me. It has turned out to be a great advice; one I would give to anyone starting to work:  be altruistic and cooperative, have and show empathy, work for and with others—and work hard, carry your weight, don’t slack, because if you do someone will have to do the work; be trustworthy; ask questions to people and care about them, put yourself in their shoes as much as possible, try to help out.

We are social animals, and the group is stronger than any given individual. How your peers and colleagues and partners perceive you will determine almost everything in your career. What I have found is that eventually, people know if you are real or fake, if you can be trusted or not, if you deliver or flake, if you have a spine or are full of air, if you plagiarize or give credit, if you have hidden agendas or talk straight. People always find out. There are of course people in the Big Data space who I think have an unwarranted credit and influence, and are thinking primarily about themselves and their personal brand, as in all fields; but over time people do realize.

If you want to succeed, you will need people to support you, and for people to do so you will need to demonstrate you are worth supporting. And that may mean working long hours, accepting a pretty bad salary or a short–term contract, if you think the people you work deserve your trust. Because it has to be reciprocal. If someone fails me or reneges on a promise, I’m out. That’s the “be only yourself” part.

AR: Q13. What was the last book that you read and liked? What do you like to do when you are not working? 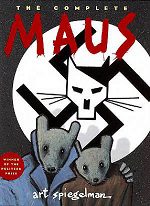 EL: It’s a book I re-read, or re-re-re-read; it’s Maus, the comic strip by Art Spiegelman. I also do political cartooning and I was on a panel with him at the French Institute a few weeks ago after the Charlie Hebdo attacks; I was invited because I had done a tribute comic strip for Medium about the cartoonists who were killed that I had met as an aspiring cartoonist in France during my studies almost 20 years ago. Art Spiegelman is of course one the greatest living cartoonists and meeting him was a bit surreal; I brought my old copy of Maus to the event, in two volumes and in French, and after talking to him for about 20 minutes backstage I found the courage to ask him whether he could sign both—one for me and one for my father. He accepted and since then I read it again; and am still very moved by it, even more so now than I was the first time because it carries this additional symbol.

So cartooning has been and is a major part of my life and activities; it’s a passion, something I would like to have more time to do; but I didn't have the talent to make a decent living out if it—it’s much harder than being a development economist or a data scientist I think. In the future I would like to blend both activities more and more. With Bill Hoffman from the WEF we talked about doing a comic strip about data. Otherwise I spend time with my twin daughters, who will turn 5 in July. I actually think a lot about them and their generation, because they are and will be the first Big Data generation, and it can go in very many different directions. It’s all up to us.