We discuss the founding story of Data-Pop Alliance, the applications and implications of Big Data on Human Rights and the need for penetration of Data Literacy.

AR: Q2. How can Big Data further the cause of Human Rights? What have been the most prominent achievements so far in this direction?

EL: That is a central and complex question. Big Data and Human Rights are definitely linked by a “new a sometimes awkward relationship”, as the AAAS recently put it after a conference on the topic. Patrick Vinck and I spoke at that conference and we later commented on it in a blog post, saying:

“Big Data can help detect and fight infringements of human rights. On the other hand, the very use of Big Data can challenge core human rights—notably, but not only, privacy.”

If we focus on these applications, one initial challenge is to define what constitutes a Human Right. The right to life is the most fundamental—but some countries, most of them autocratic, still have the death penalty, for instance. Now, let’s assume we could all agree on a subset of basic core, no brainer, Human Rights, 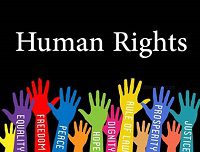 and corresponding violations—say human trafficking, sexual exploitation, homicides, genocides, people being taken or held hostage, for example. I think Big Data—which we still haven’t really defined yet incidentally—can help detect and fight these abuses through relatively standard Big Data techniques: text mining and sentiment analysis, pattern recognition, predictive modeling, visualizations, etc. There are a few tangentially related examples—predictive policing in major US or UK cities for instance, which may have helped prevent a Human Rights violation (a crime for instance), and they are likely to become increasingly sophisticated, although I would be cautious about putting predictive policing (and counterterrorism) in that category.

Mark Latonero and other researchers started studying how social media data and other kinds of ‘big data’ could be analyzed to fight human trafficking as early as 2011, but to the best of my knowledge there is no clear-cut case where Big Data has been used to help dismantle a human trafficking network for instance, and that is probably very tricky to do, theoretically and technically. We could be more imaginative; for instance it may be the case and I think anecdotal evidence at least, that when a big ransom is paid in a hostage situation, a change in consumption patterns of people who benefited from the money happens. Intelligence and counter-terrorism agencies use Big Data a lot, and most argue that they do so to save lives, even as they spy on people. So that brings us to the other side of the coin—Big Data’s implications for Human Rights.

Take the example of the recent Ebola epidemic. A lot of people argued that telecom operators should share ‘their’ data with governments, researchers, the UN, etc., to 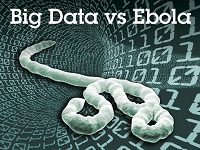 help with the response—by helping model population movements for instance. The stated goal was to save lives, the most basic human right. But it wasn’t entirely clear how these data could have helped, which I think weakened the case for doing so in the heat of the crisis when sharing these data could have infringed on people’s privacy—in a number of ways—another fundamental human right. This example highlights the well-known potential tension between different human rights, the distinction between what we ‘can’ do and ‘should’ do—which is more of an ethical question—and last and the difference between applications and implications.

I think it’s possible to reconcile both, and to move forward: in the blog post I mentioned, Patrick Vinck and I wrote we said that

“a political conceptualization of human rights may be the best suited to the expectations and challenges raised by Big Data. Specifically, our stance is that in modern pluralistic data-infused societies, the most fundamental human right is political participation, specifically the right and ability of citizens and data producers to weigh in on debates about what constitutes a harm (...).”

We don’t say is that having the rights over data about oneself is a Human Right—although it has implications for privacy. But we do say, with others, that being allowed and able to participate in important political debates—including about the applications and implications of Big Data—is and should be treated as a Human Right.