AR: Q7. Given the scope of Big Data, it is hard to ignore the Big Responsibility. However, the latter term hardly gets a fair share of conversations. What needs to be done to establish and promote ethics in Big Data?

EL: We talked a bit earlier about Human Rights—and too often ‘ethics’ and ‘human rights’ are conflated, as well as used interchangeably with the ‘responsible use of Big Data’, under a pretty vague set of ‘challenges’, ‘dark side of Big Data’, and the necessary mention of ‘privacy risks and considerations’ etc. Human rights are a legal concept, not a moral concept, although they seek to have moral validity. It is about what is just not what is considered as good. Both disciplines have evolved largely in isolation from each other. The result is a lack of critical thinking at the nexus of both disciplines. It is assumed that human rights work is by definition ethical, and ethics often limited to recognizing human rights as inviolable—though most ethics code don't even mention them. What should we do with data that could promote human rights but have been acquired in an unethical way? And what is ethical, actually? The truth is that what ‘we’—different people—consider ‘ethical’ is usually undefined, and may differ a lot from one person to another.

Clearly there are entirely new ethical and legal frameworks to devise. An important question, with both ethical and legal dimensions, is who owns or should own the rights to the data that we emit. It’s not really a Human Rights question, but it has implications for privacy, data protection, and it should impact laws and regulations, but it’s clearly an ethical question, because it has implications for empowerment and equity.

Both Patrick Vinck and Sandy Pentland have thought about these issues for a long time and we really want to be actively involved in these debates. So far we have written a paper on “The Politics and Ethics of Cell-Phone Data Analytics”, organized a seminar at MIT Media Lab on these questions, and we are planning to work with AAAS on a series of outputs on Big Data, ethics and Human Right—precisely to clarify their differences and complementarities in the age of Big Data.

But definitely, there are huge responsibilities, of all actors—but we need to clarify what they are, and to so we need to have a sound intellectual framing. For example, the responsibility of telecom companies is not simply to give out their data—as I said I don’t think they should own all rights to all of these data they collect.

AR: Q8. How do you assess the current maturity of Big Data Democratization? What would you recommend to ensure that the benefits of Big Data are accessible to the masses?

It’s really the crux of the issue; to make it a democratic movement not one driven by experts and geeks hoping it will somehow trickle down to the masses. The key concepts and priorities to try and make it ‘work’ for the masses are fairly standard—it’s first and foremost about empowering them to weigh in. 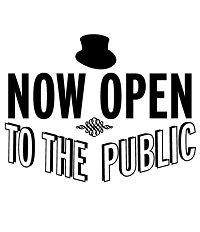 The Industrial Revolution and later the epidemiological transition and Green Revolution were a lot about—in the sense fundamentally shaped and driven by—social transformations resulting from people having greater agency—not just better technology.  For instance better personal hygiene was key to curbing mortality rates alongside vaccines. The point is that for Big Data to serve democratic ideals broadly speaking it has to abide by and foster democratic principles and processes. A promising avenue to achieve that is human-centered design—to make sure that the systems that are developed meet the needs of communities, are built on the basis of their perspectives and needs, with their involvement.

Creating generations with sufficiently large numbers of data literate members won’t be achieved by just teaching code at school—that will be necessary but insufficient; it’s about instilling a new data culture at all levels of societies where data is seen as a lever for social change to hold governments and corporations to greater account, debunk lies, false assumptions and fallacious arguments, to foster transparency, to improve individuals’ decision-making in their daily life too.

Concretely we are developing a training program and this is an area where I expect great needs in the next few years and decades actually.

Fourth part of the interview