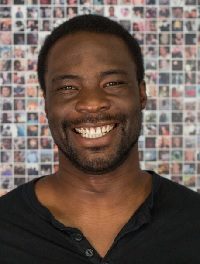 Haile Owusu is Chief Data Scientist at Mashable where his main responsibility is the development and refinement of the company's proprietary Velocity technology, which predicts and tracks the viral life-cycle of digital media content.

Prior to joining Mashable, Haile led all research efforts for SocialFlow, one of the leading social media optimization platforms for brands and publishers. Haile specializes in statistical learning as applied to predictive analytics and has a background in theoretical physics, including a Ph.D from Rutgers University, a Masters of Science from King's College, University of London and a B.A. from Yale University.

Anmol Rajpurohit: Q1. Congratulations on Mashable's upcoming tenth anniversary. What do you consider the most important milestones in the growth of Mashable over recent years?

Haile Owusu: Thank you! Our tenth anniversary is coming up this summer and it’s amazing to think that Mashable has been in existence for a decade.

From a technology perspective, some great milestones in Mashable’s history have been creating Mashable’s site re-launch in late 2012 and making it fully responsive so our content looks beautiful on all devices and in all formats.

Being able to license our Velocity technology for the first time last year was an accomplishment our product and sales teams are extremely proud of.

Finally, over the last few years we've brought on such talented professionals across all departments, and I think each of those hires is a great milestone of growth for the company.

AR: Q2. What are the most prominent ways in which data is driving digital publishing at Mashable? 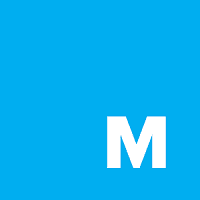 HO: The development of our proprietary technology Velocity, which predicts and tracks the viral life cycle of digital media content, is one of the best examples of data driving Mashable. Velocity crawls the web looking for what content is going to go viral next, allowing our editors to see what content is resonating with audiences, keeping them and our brand partners ahead of the curve.

AR: Q3. How and when was the idea of the Velocity platform perceived for digital media tracking and viral prediction?

HO: A few years back, Mashable’s Founder and CEO, Pete Cashmore, noticed the majority of reporters crawling Twitter, various RSS feeds and other sources looking for what stories were going viral. 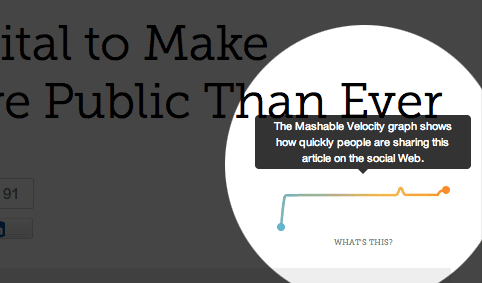 Pete and our Chief Technology Officer, Robyn Peterson, felt there had to be a better way. So our team was tasked with developing a technology that would help them scour the web and quantify what pieces of content were going to be shared on a large scale in the future.

AR: Q4. How does Velocity work? How has it evolved since its conception? 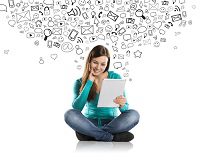 HO: Velocity uses an expansive crawler to identify new content. Thereafter, natural language processing and predictive algorithms we designed classify that content and predict how much sharing activity it’s likely to see on various social networks over its lifetime. It should be noted that the lifetime of a piece of content is itself something we have to predict -- some stories flame out very quickly, others grow steadily and others still reach a quasi-saturation and then experience a resurgence of activity well after initial publication.

The technology has now evolved from being simply a tool for our editorial staff to software we can use with our brand partners and agencies.

HO: We utilize a variety of different metrics to generate our predictions, including the total share count, rate of change in that share count for different types of content, as well as the topical nature of the pieces of content that Velocity identifies.