This post shows how to use Trifacta to clean the data and enrich it with airport geo-locations and airline names, including filling missing values, and doing a lookup from another dataset. We also learn which is the best airline at O’Hare airport.

Now that the wrangling process is complete, I pull up the transformation output in Tableau to further analyze this prepared data.

In reviewing the data, I notice flights in February that departed from the North-East and Midwest were more delayed on average than flights that departed in other parts of the continental US. I’m able to plot the different airports on a map because I have combined the air traffic data with the airport geo-locations using Trifacta. 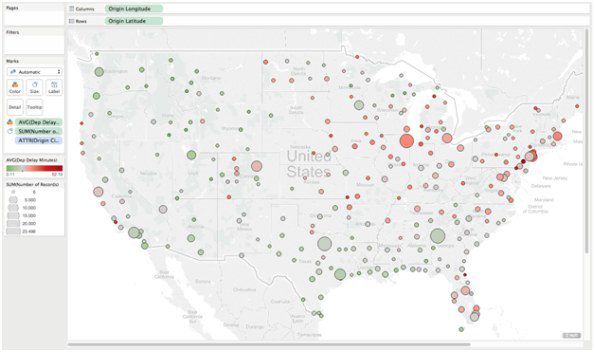 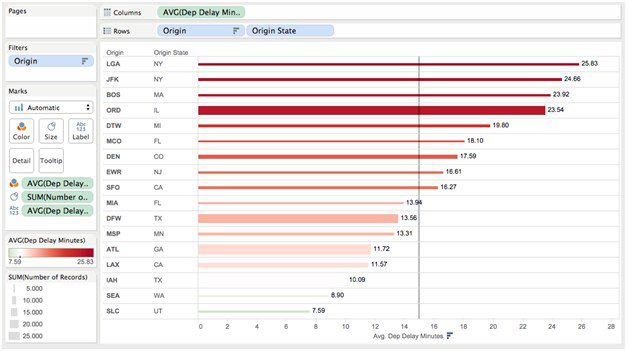 Drilling further into O’Hare, I take a quick look at the number of flights and the average delay by carrier. Whereas Frontier Airlines has the longest average delay with almost 42 minutes, they had less than 500 flights in February 2015 at O’Hare airport. Envoy Air, on the other hand, had over 5,000 flights and an average delay of over 26 minutes. 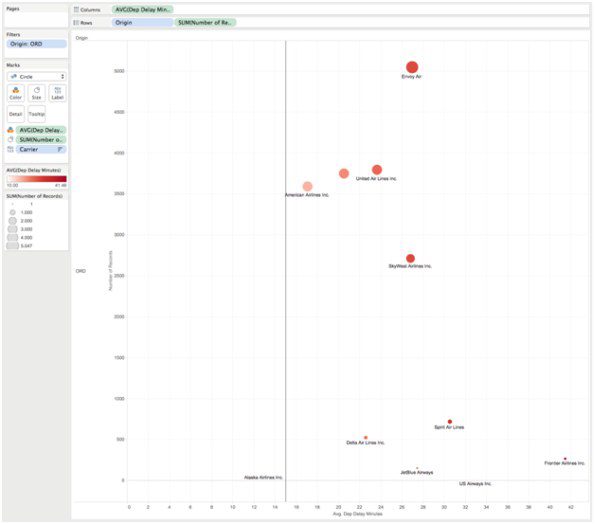 Next time you’re planning to fly out of Chicago O’Hare in February, you’ll want to make sure you schedule plenty of time for potential delays and also pick the right airline if you have options.

To recap, in this blog series, I’ve analyzed February 2015 flight on-time performance data from the Bureau of Transportation Statistics. I’ve cleaned, reformatted and enriched the dataset using Trifacta and analyzed the result in Tableau.

With Trifacta, I have:

With Tableau, I have explored various aspects of the data, including:

Feel free to try this exercise out for yourself using the free trial of Trifacta and downloading the February 2015 on-time performance data from the Bureau of Transportation Statistics.