A useful case study shows how Trifacta can clean and analyze US Flight data, including cleaning up markup, removing unrelated and redundant columns, cleaning geographic names and more.

Exploring the data further using a combination of column details and column browser, I find that the scheduled departure and arrival time columns are using the format ‘hhmm’:

The interpretation of a timestamp as a number can lead to analysis problems like the gaps in the histogram above. I want to change this into ‘hh:mm’ to enable easy recognition in downstream tools. I perform a long-click between the 2nd and the 3rd character of an example scheduled departure time value: 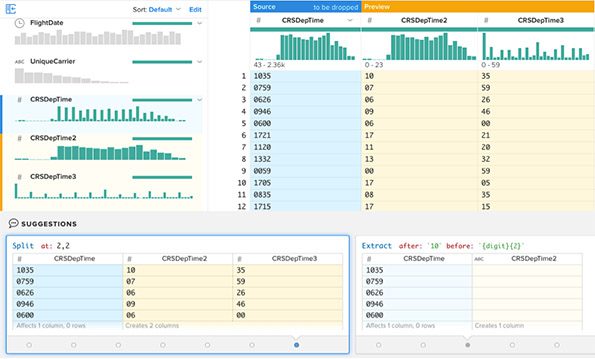 Then I click the headers of the two new columns to get a merge transform suggestion. The merged column is shown at the right side of the data grid. 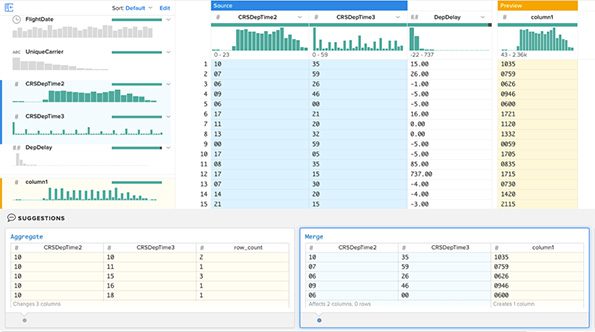 Next, I modify this transform in the editor to insert the colon and take a look the merged column in the column details. Trifacta now interprets the column as a time and shows hour-of-day and minute-of-hour patterns. 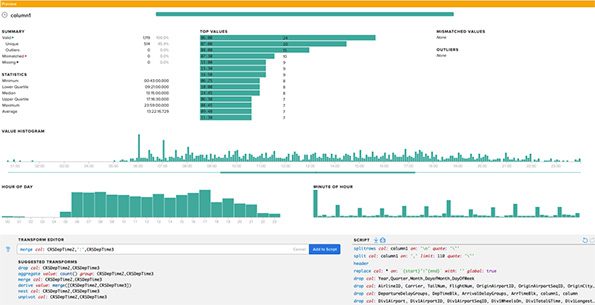 After dropping the source columns and renaming the merged column, I repeat the same steps for the arrival time.

The cryptic cancellation code is somewhat unintuitive. I lookup the meaning of cancellation code on the BTS website. Since there are only four different codes, I write a few ‘set’ transforms to use a descriptive name instead of a code, and then rename to column to ‘CancellationReason’. 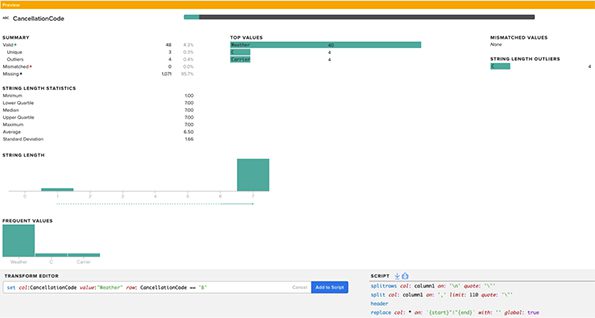 The data already looks pretty good now. So far, I have


In the second part of the series, I will continue to cleanup the data and enrich it with airport geo-locations and airline names:


Finally, I will also present a few results from my analysis of the prepared data in Tableau. Stay tuned.