Interview: Sheridan Hitchens, Auction.com on Data Science Evolution from a Nerdy Hobby to a Strategic Priority 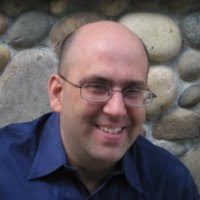 Sheridan Hitchens is currently VP of Data Products at Auction.com, the leading online real estate auctioneers in the United States.

He has also held positions at two leading online games companies, Kabam and Playfirst, where he has built out Analytics and Big Data groups from inception. Earlier on in his career, Sheridan worked at Procter and Gamble in the areas of Decision Support and Executive Information Systems. He also worked as a Managing Consultant at Towers Perrin.

Sheridan holds a Bachelor of Arts degree in mathematics from Cambridge University and an MBA from the Haas School of Business at the University of California, Berkeley, both with honors.

Anmol Rajpurohit: Q6. How do you think the expectations from Data Science have evolved over time? Where do you see them headed in the future?

Sheridan Hitchens: Well in the past nobody had Data Scientists, we just had those bunch of nerds we locked in the basement who did this crazy math stuff nobody understood, and if you were lucky they might come up with something that saved you a bit of money. I think the biggest change is now we’re dealing with huge amounts of data in many businesses, many of our interactions are online, and perhaps most importantly, we can now more clearly prove the value, particularly on the revenue side. In many ways we've now moved to Data Science being a front office function.

As to where it’s headed in the future, as I said earlier, part of the problem with the future is that it’s very hard to predict. In the short term we’re going to see continued high demand for data science, and equally high expectations. We’ll also see expansion into new areas in the business such as human capital management. At some point in these cycles, you usually find there’s a backlash, where some businesses will say it’s not paying off, but I suspect that will be temporary. Eventually Data Science becomes as mainstream as any function or activity in the business.

AR: Q7. Data Scientist has been termed as the sexiest job of 21st century. Do you agree? What advice would you give to people aspiring a long career in Data Science?

SH: Ha Ha. It’s not a question I've asked my Data Science Team or one I ask potential hires, so I’m not sure I can answer that! However, I do think, like any other nascent pioneering role in an organization, where the rules are not completely written on what you do, what you can do, and what you should do, it’s a heck of a lot of fun if you’re the type that thrives on that.

As for career advice, don’t pick it because it pays well, or because it’s considered sexy, cool or the new-new thing. Pick it as a career because you love data, love math, love coding, love solving problems, and you love seeing the results of solving those problems. In terms of development, don’t forget the softer skills, your ability to communicate complex ideas simply, your ability to focus on the areas that matter, and your ability to persuade people, are often as important as the technical skills.

AR: Q8. On a personal note, what book (or article) did you read recently and would strongly recommend? How do you manage work-life balance?

SH: I read a lot of stuff on behavioral economics, and I think that it’s tremendously important for people in data science. Traditional micro-economic theory is built on the assumption that people make rational utility maximizing decisions, but there’s lots of recent research that shows that assumption is often false. Understanding how and why people make decisions internally in your organization as well as understanding what influences your customers is exceptionally important information for

Data Scientists. In terms of specific books, almost anything by Dan Ariely is great, and his book “Predictably Irrational: The Hidden Forces That Shape Our Decisions” would be a perfect place to start.

Work-Life Balance is always easier when you love what you do. I love the web, I love data, I love Math and Statistics and I love discussing and reading about new ideas, and I’d do that at home regardless. It also helps that I've had bosses that are more focused on results than face time; that’s important for me because are immutable engagements like anniversaries, or birthdays, or my kids concerts, that I never miss.