There are always patterns 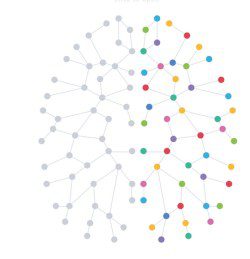 This law was first stated by David Watkins.  We might expect that a proportion of data mining projects would fail because the patterns needed to solve the business problem are not present in the data, but this does not accord with the experience of practising data miners.

Previous explanations have suggested that this is because:

There is always something interesting to be found in a business-relevant dataset, so that even if the expected patterns were not found, something else useful would be found (this does accord with data miners’ experience), and

A data mining project would not be undertaken unless business experts expected that patterns would be present, and it should not be surprising that the experts are usually right.

The explanation of Watkins’ General Law is as follows:

To summarise this argument: there are always patterns because they are an inevitable by-product of the processes which produce the data.  To find the patterns, start from the process or what you know of it – the business knowledge.

If this explanation is correct, then Watkins’ law is entirely general.  There will always be patterns for every data mining problem in every domain unless there is no relevant data; this is guaranteed by the definition of relevance. 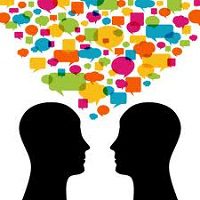 In summary: Data mining algorithms provide a capability to detect patterns beyond normal human capabilities.  The data mining process allows data miners and business experts to integrate this capability into their own problem solving and into business processes.

Similarly we might analyse the use of the term “predict” in different domains: a classification model might be said to predict customer behaviour – more properly we might say that it predicts which customers should be targeted in a certain way, even though not all the targeted individuals will behave in the “predicted” manner.  A fraud detection model might be said to predict whether individual transactions should be treated as high-risk, even though not all those so treated are in fact cases of fraud.

These broad uses of the term “prediction” have led to the term “predictive analytics” as an umbrella term for data mining and the application of its results in business solutions.  But we should remain aware that this is not the ordinary everyday meaning of “prediction” – we cannot expect to predict the behaviour of a specific individual, or the outcome of a specific fraud investigation.

What, then, is “prediction” in this sense?  What do classification, regression, clustering and association algorithms and their resultant models have in common?  The answer lies in “scoring”, that is the application of a predictive model to a new example.  The model produces a prediction, or score, which is a new piece of information about the example.  The available information about the example in question has been increased, locally, on the basis of the patterns found by the algorithm and embodied in the model, that is on the basis of generalisation or induction.  It is important to remember that this new information is not “data”, in the sense of a “given”; it is information only in the statistical sense.