Big Data – yes, that’s what a latest Sensational Rap Music Video is all about

Music video featuring Big Data and Hadoop (and Map-Reduce and NoSQL) might be all you need to light up your day!

One of the most popular Big Data news stories this week is not about any technological innovation or any startup or any research paper; it’s about a rap music video in which sexy girls are chanting
“ B - I - G - D - A - T - A “. 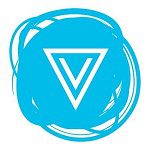 Viacom Velocity, an integrated marketing and creative content team within Viacom’s music and entertainment groups, released a cool three minute music video ad featuring “The Fat Jewish” (E! channel interviewer Josh Ostrovsky) personifying as Big Data and singer/dancer Todrick Hall as Hadoop. From hip-hop beats to funky lyrics this video has got it all to amuse anyone in Big Data industry. Though, those outside the Big Data world might need a little help in understanding the jargons that feature in every other line.

"I know you're struggling, I can feel your pain
Your profits they be falling, and circling the drain
You're selling beer to babies, diapers to teens
You barely even know what you customers need."


Released just two weeks ago, the video already has more than 200,000 views on YouTube. In an interview with Adweek the creative lead, Niels Schuurmans (EVP, Viacom Velocity) said: “We thought rap worked perfectly as a way to infuse all the data jargon being thrown around, and a rap music-video parody was perfect coming from the company that made the music-video genre famous.”

He added that the primary target of this rap video “is mostly b-to-b, our agencies and client partners who understand, as we do, the importance of tapping Big Data to target fans and consumers across the media landscape. We also wanted to create a b-to-b video that is entertaining enough to appeal a broader audience.” And that, this music video has definitely achieved as it is being played and shared by many who know little about Big Data.

"Maybe you should check what kind of data your usin'
And whether it illuminates what everybody is choosin'
for their cars, their clothes and telephonic devices
Yeah, that would be priceless."


So far, we had seen Big Data play a cameo in movies and songs, but this is the first time I am seeing Big Data and Hadoop take center stage in any entertainment content (along with passing mention of Map-Reduce and NoSQL).

At some point or other in the past few years, we all have made fun of the super inundating Big Data jargons. But this creative package of rap, hip-hop music, and meeting room chat prelude takes it to a different level altogether. Here are some more funky lines:

"Our schema is suprema, our analytics strong
Always aggregate, until our data's long
Got so many petabytes it makes a grown man cry
And you'll be making crazy bacon cause our Pig's so fly."


My personal belief is that this music video could have been way cooler if the creators had a Big Data expert among them. Things as simple as including some overused slides among Big Data related presentations and visual effects on “data scientist – the sexiest profession of 21st century” could have added lot more fun.

Anmol Rajpurohit is a software development intern at Salesforce. He is a MDP Fellow and graduate mentor at UCI-Calit2. He has presented his research work at various conferences including IEEE Big Data 2013. He is currently a graduate student (MS, Computer Science) at UC, Irvine.