Cartoon: Where humans are still ahead of Deep Learning

Deep Learning computer recently beats humans in an IQ test, and computers have beaten human champions in Chess and Jeopardy. However, KDnuggets cartoon finds an area where humans still have an advantage.

We read recently that a Deep Learning Machine Beats Humans in IQ Test. Computers have already defeated human champions in Chess and Jeopardy.

Ahead of US July 4th holiday, when hot dogs (grilled sausages) are a popular food, KDnuggets cartoon by Jon Carter finds an area where humans still have an advantage. 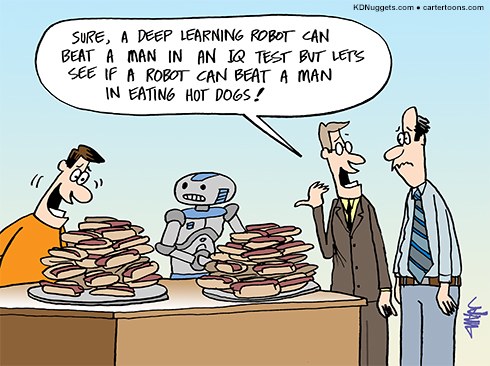