The Perpetual Quest for Digital Trust

Behind the immense excitement around Cloud, Big Data and IoT is a dark fear of decreasing Digital Trust. With the rapid pace of technological innovations, an unprecedented amount of customer information is being collected, stored, and processed for various needs. While there is no doubt that convenient access to this plethora of information is the breeding ground for innovative ideas ranging across all aspects of life, this integrated data is a sweet spot for hackers to make the most from their malicious activities.

Accenture recently released a report “Digital Trust in the IoT Era” summarizing results from the 2015 Accenture Digital Consumer Survey on consumer aspirations towards the security of their personal data over Internet. The report states: “As the Internet of Things (IoT) unleashes an exponential jump in the data businesses have on consumers, digital trust is the gateway to monetizing its value. Companies that can establish and maintain trust will have defensible differentiation that allows them to convert data into growth instead of massive risk.” Accenture identifies four areas as keys to digital trust: security, privacy, benefit/value and accountability. 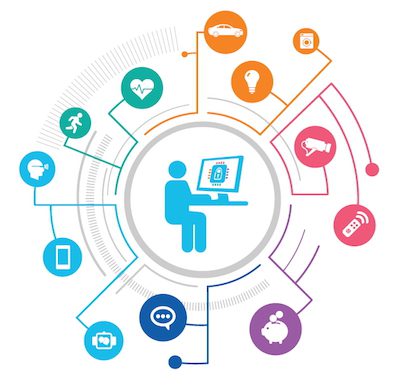 The survey results show that by 2020, nearly half of consumers will own a connected IoT device. The demand is expected to be the strongest for home cameras and security, smartwatches, and fitness devices, followed by in-vehicle entertainment, personal health monitors and 3-D printers. 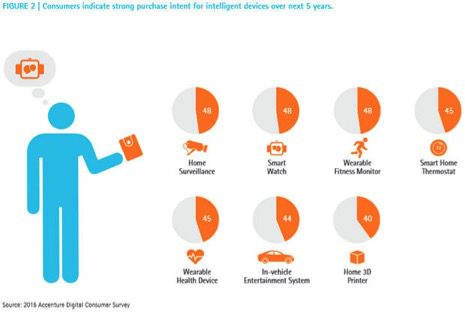 We have been witnessing security breaches over a long time, however, it is simply frightening to see how the scale and impact of these breaches has grown manifold over the recent years. It is particularly worrisome that some of the top brands and large corporations have also not been immune to data breaches. 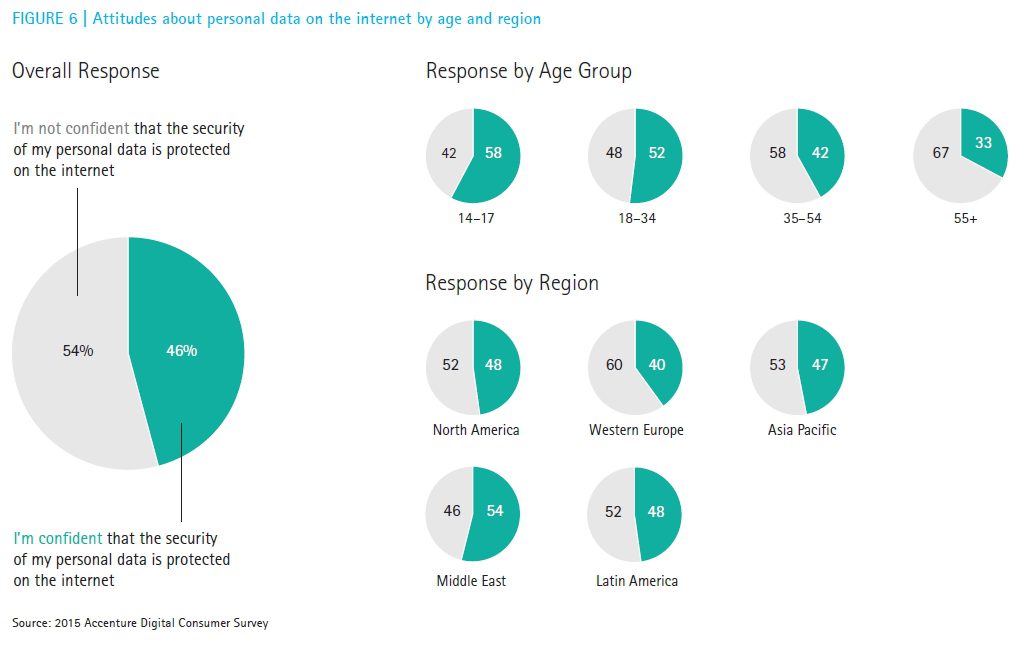 The report also found staggering differences with regards to benefit/value (offering value in exchange for some personal information) across age groups. Teens are twice as likely to exchange personal data for some non-monetary incentives, such as free service or loyalty points, compared to older consumers.

In the absence of good, reliable information on whom they can trust, the consumers are generally inclining towards trusting major brands and companies specializing in a specific type of device (such as Fitbit). Also, consumers have a greater trust on their current mobile phone manufacturers (such as Apple, Samsung, etc.) compared to the telecom providers.

The report adds. “In the connected ecosystem, companies no longer have to worry just about the security of their own data but also the risk associated with data breaches in companies with whom they are linked. Perhaps most importantly, they will be unable to reap the benefits if consumers don’t trust the entire value chain in which they operate.” 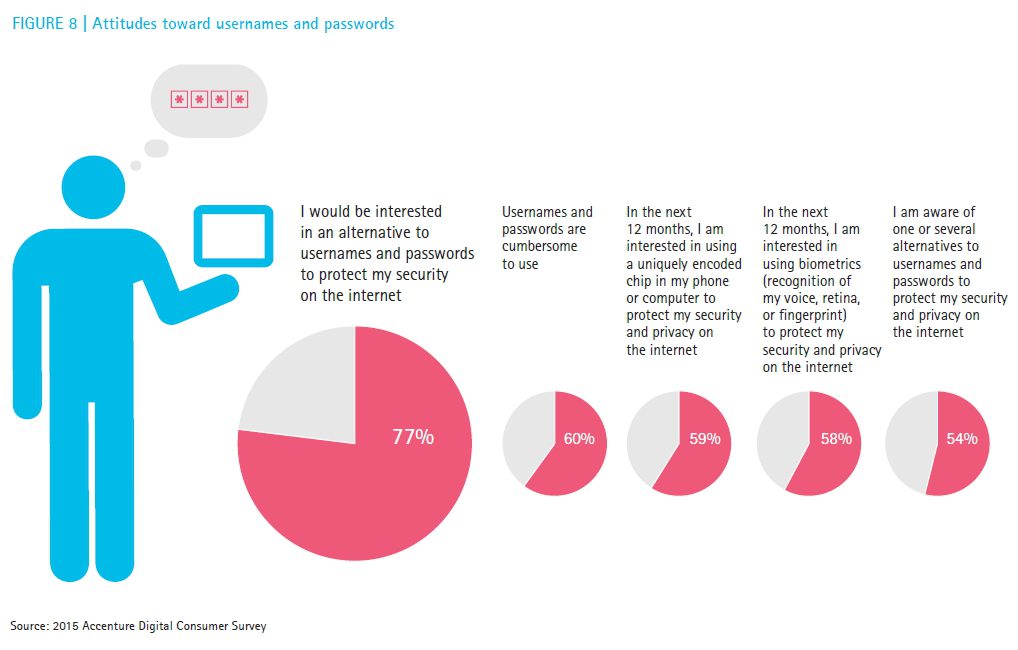 The increasing security awareness among consumer has led to significant changes in the attitude towards adopting newer, better security measures. More than three-quarters of consumers are interested in trying alternatives to username/password based security mechanisms. Around 60% of consumers find usernames and passwords as too cumbersome to use, and thus, are willing to try biometrics based authentication for convenient and secure access to their personal data.

IoT proliferation will unveil datasets that are far bigger and far more personal. Thus, trust is at the very core of IoT’s anticipated success. The report concludes with the following three action items towards building Digital Trust: Survey vital facts: The survey was conducted online between October and November 2014 with 24,000 consumers (age range: 14 – 55+) in 24 countries across six continents.

Anmol Rajpurohit is a software development intern at Salesforce. He is a MDP Fellow and a graduate mentor for IoT-SURF 2015 at UCI-Calit2. He has presented his research work at various conferences including IEEE Big Data 2013. He is currently a graduate student (MS, Computer Science) at UC, Irvine.