Those with higher Data Science influence are


While those with higher Data Mining influence are

Here is a combined list of top 30 Data Science and Data Mining Influencers.

In few cases when influence for that topic was not found (shown in gray and italics), we put a value of 5 less than the lowest influence for any topic for that person). 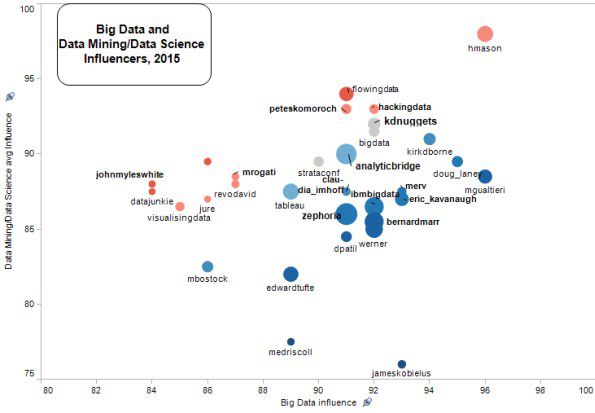 Color is red if influence is higher in DM/DS topics, blue if in Big Data topics, and grey if equal . Circle size corresponds to the number of twitter followers.