To understand details and images of nearly 300 patents filed by the National Security Agency, Alice Corona collected data made available by the USPTO, put into the Silk data publishing and data visualization platform. 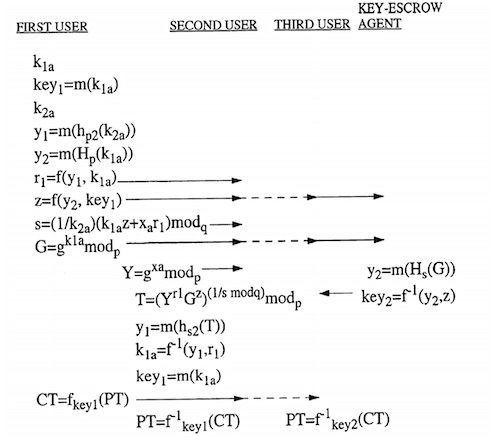 NSA patents are special: they never expire and they usually aren’t revealed to the public. Unless someone else files an identical patent application, that is. In that case, the NSA’s ownership is published by the US Patent and Trademark Office (USPTO). Learning what the NSA is up to is an enticing prospect - particularly when they are dealing in patents that are of high interest to data scientists around, say, analysis of large amounts of text.

So our data analyst and journalist Alice Corona collected data made available by the USPTO, put it into a machine readable format, and imported the data into the Silk data publishing and data visualization platform. With the data she built a unified database of:

The NSA patents ranged from game board designs to geo-locating methods. There were a number on algorithms that identify topics and summarize large amounts of text. NSA employees even patented a method for identifying voices. We scraped the patents, looked at them and put them into a Silk database for visualizations and sharing. Here are the results of our investigation.

Snowden documents leaked insider details on the NSA surveillance practices, including how the Agency could discover the exact location of an IP address or mobile phone.

But years before Snowden release, in 2005, anyone could enter USPTO’s website and read about NSA’s patent US6947978: Method for geolocating logical network addresses. The inventors, Michael Reifner and Stephen Huffman, had filed a patent application in 2000 for

Many of the NSA patents also involve text analysis. This is undoubtedly a pivotal issue for the Agency, given the amount of data it has to collect and organize. There are 10 public NSA patented inventions that mention “text” in their name. These include methods for text sorting and searching, for summarizing large texts and for identifying keywords. One patent also solves the issue of extracting text from color images.

John Fitz, Jonathan Cohen and Scott Horst are the inventors behind the biggest number of NSA-owned public patents. Fitz has logged 18 patent awards, nearly twice as many as the other two (who bagged 11 each). Curiously, their productivity leaves no trail. Individual Google searches for these three turns up virtually nothing, with almost no online record. They are famous but leave no trail. Much like the NSA?

Two Inventors Assigned NSA Patents Were Residing Outside the US

85% of the inventors were residing in Maryland when their NSA patent were awarded. This makes sense, given that the Agency’s headquarters is in Fort Meade, Maryland. California (3.2%), Washington D.C., Michigan and Virginia are the next most common locations. Leslie Newton McAdoo (UK) and Richard Kuehnel (Germany) are the only two inventors that were residing outside of the US when the NSA patent was filed.